Developer Milestone's latest entry in the MXGP series is out now, and a new launch trailer details all the facets of the game. 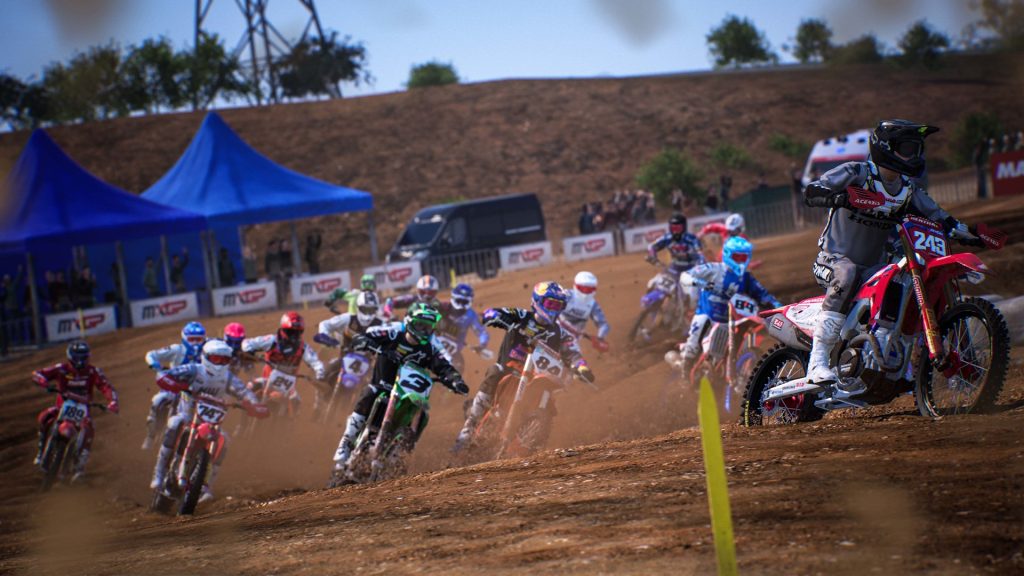 Developer Milestone’s MXGP 2021 has released on all platforms, and to go along with that, we have a new launch trailer that showcases more of its stylish dirt racing gameplay. Check out the trailer down below.

MXGP 2021 is the latest entry in the the official series of the FIM Motocross World Championship, and is available now across PS4, PS5, Xbox One, Xbox Series X/S, and PC through Steam. There are numerous improvements to the game’s Career mode with real transfer windows, contracts, personal teams, challenges, and a lot more.

Players also have the option to race on four legacy tracks from previous entries- Ottobiano (Italy), Ernée (France), Leon (Mexico) and Agueda (Portugal), which are all available in both multiplayer and single-player modes. There’s also a track editor that allows players to create and share custom tracks with other players.

In our review of the game, we gave a score of 6/10, citing criticisms with the game’s polish and lack of enough meaningful changes over last year’s game, among some other issues. Check out our full thoughts through here.