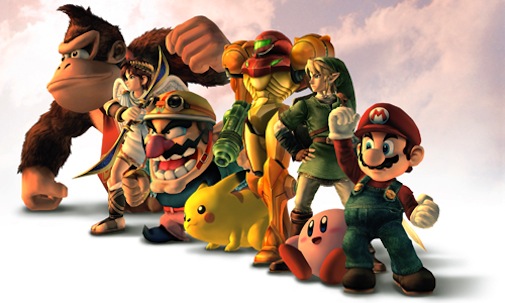 It was announced not too long ago that Kid Icarus: Uprising developer Project Sora would be joining Namco-Bandai for developing the next Super Smash Bros title.

Director Masahiro Sakurai is quite upbeat about the title, and even released a sketch recently, showcasing the cast (but hopefully, not all of them).

Then this comes up.

It’s a teaser site. What is it teasing? Well, at this point, we can make out a cow’s snout, a calamari, an large aquarium and a horse drawn carriage. We don’t even know what the top right half is. Oh, and something about an “All Star Battle”.

Teaser sites, quite frankly, are nothing new and this one could range from being a new announcement for that title or just something else entirely.

As it stands, no time frame on when we can expect the new Smash Bros, expected to be for Nintendo 3DS and Wii U, boasting cross compatibility between the two.