Posted By Rashid Sayed | On 05th, Aug. 2011 Under Rumors | Follow This Author @GamingBoltTweet 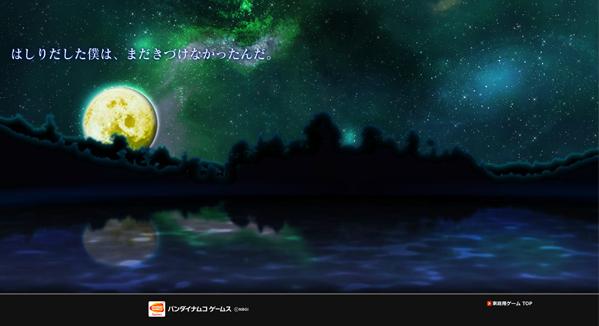 Namco Bandai are teasing a new game reveal at their website. You can check it out here.

The website loads with a beautiful image of the moon accompanied by a soothing music.

According to my opinion this is going to be a successor to Eternal Sonata, the PS3 and Xbox 360 role playing game which was released in 2007. The color theme and the music, all matches to Eternal Sonata.

More on this as it builds up.