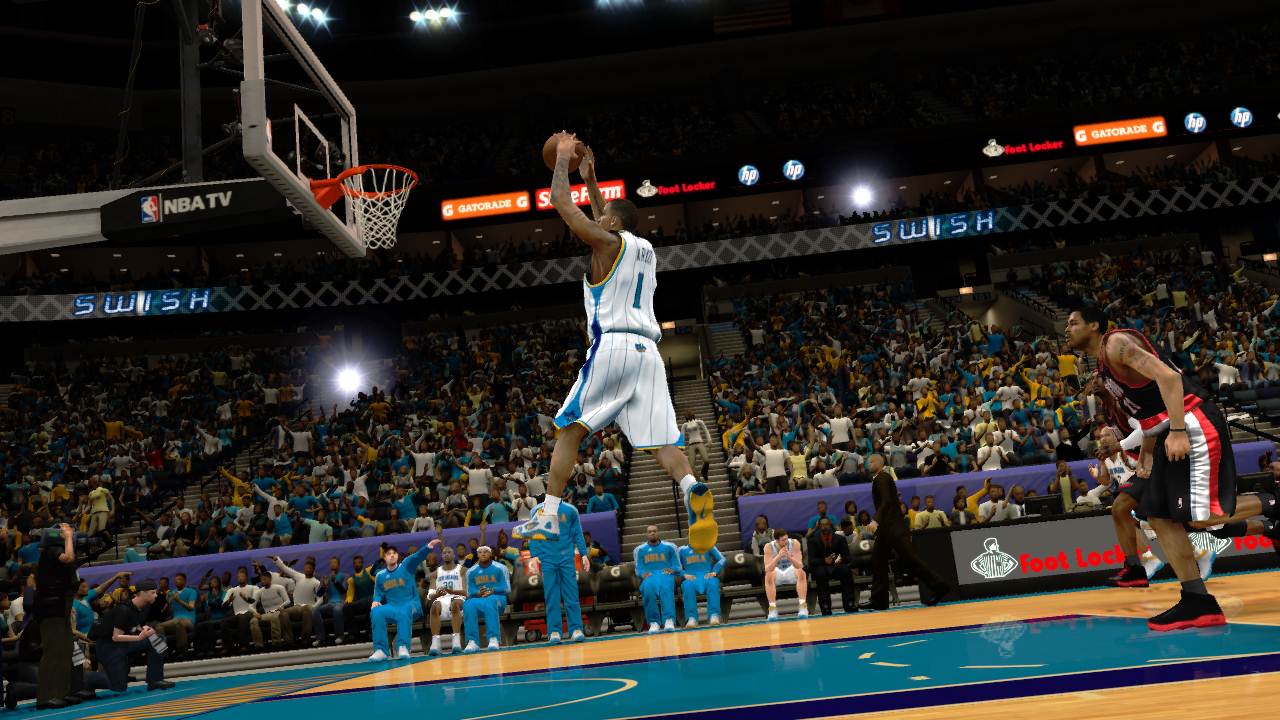 2K Sports have announced that NBA 2K12 is now available for the Xbox 360, PlayStation 3, Wii, PlayStation 2, PSP and Windows PC.

“Hoops fans have long argued about the hypothetical outcomes among basketball’s most legendary players and storied teams,” said Greg Thomas, president of product development for 2K Sports. “We took that passion to heart in creating NBA 2K12, giving gamers the opportunity to end the debate once and for all with 15 electrifying basketball icons inNBA’s Greatest mode.”

“It’s amazing to see the attention to detail that 2K Sports captured in creating me and these great NBA players,” said six-time NBA champion Michael Jordan. “I’m honored to be part of a game that gives millions of fans a look into our careers, especially with the level of authenticity and detail that NBA 2K12 has.”