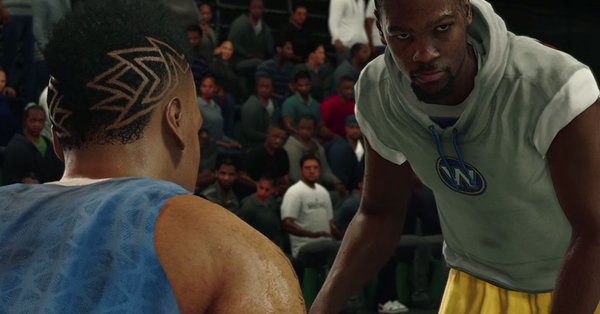 EA Sports’ NBA Live 18 was announced at EA Play and suffice to say, the developer is taking an interesting approach to the classic basketball franchise. Check out the reveal trailer below.

NBA Live 18 will have a new mode called The One but this isn’t just another offshoot of The Journey from FIFA. Instead, it will see players able to choose between The Streets, competing in 5v5 matches in places like Venice Beach, or competing in The League for official NBA competition. Through these matches, players will earn new gear and upgrade aspects like shoes and other accessories.

EA also confirmed that NBA Live 18 would have a free demo coming in August. Any progress made will transfer over to the full game when it releases.

NBA Live 18 will be coming to Xbox One, PS4 and PC. What are your thoughts on The One mode and other new features? Let us know in the comments and stay tuned for more information from E3 2017.