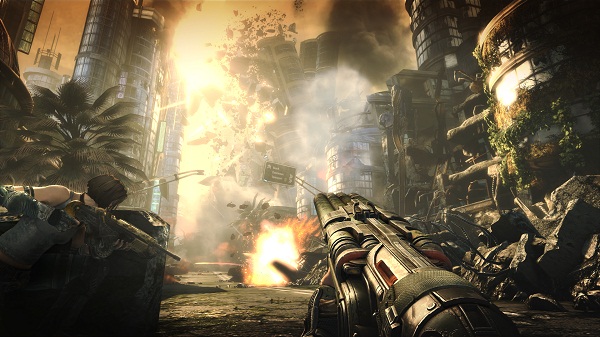 A new trailer for Bulletstorm has been released, and no, it’s not another one of those 45 second long “Bulletpoints” trailer. It’s a full blown, new trailer, which is as awesome as you want it to be.

Bulletstorm releases later this month on the Xbox 360, PS3 and PC. Stay tuned for out review of the game.