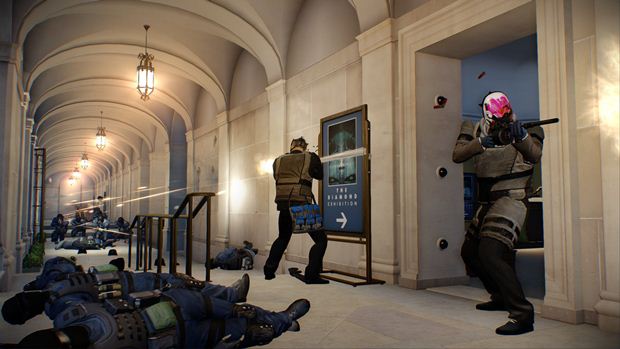 Payday 2, the heist based action game that was originally released last year on PC, PlayStation 3, and Xbox 360, got a hefty amount of new DLC made available today, with a new ‘Game of the Year’ edition also due out on December 18 that should potentially give players access to the base game, alongside all of the extra content.

The new DLC packs include the Clover Character Pack’ and the ‘Diamond Heist Pack.’ They cost $4.99 and $6.99 on Steam, and this is what each of them entails:

Watch out for the three new bundles that will be made available on Steam on December 18 as well: