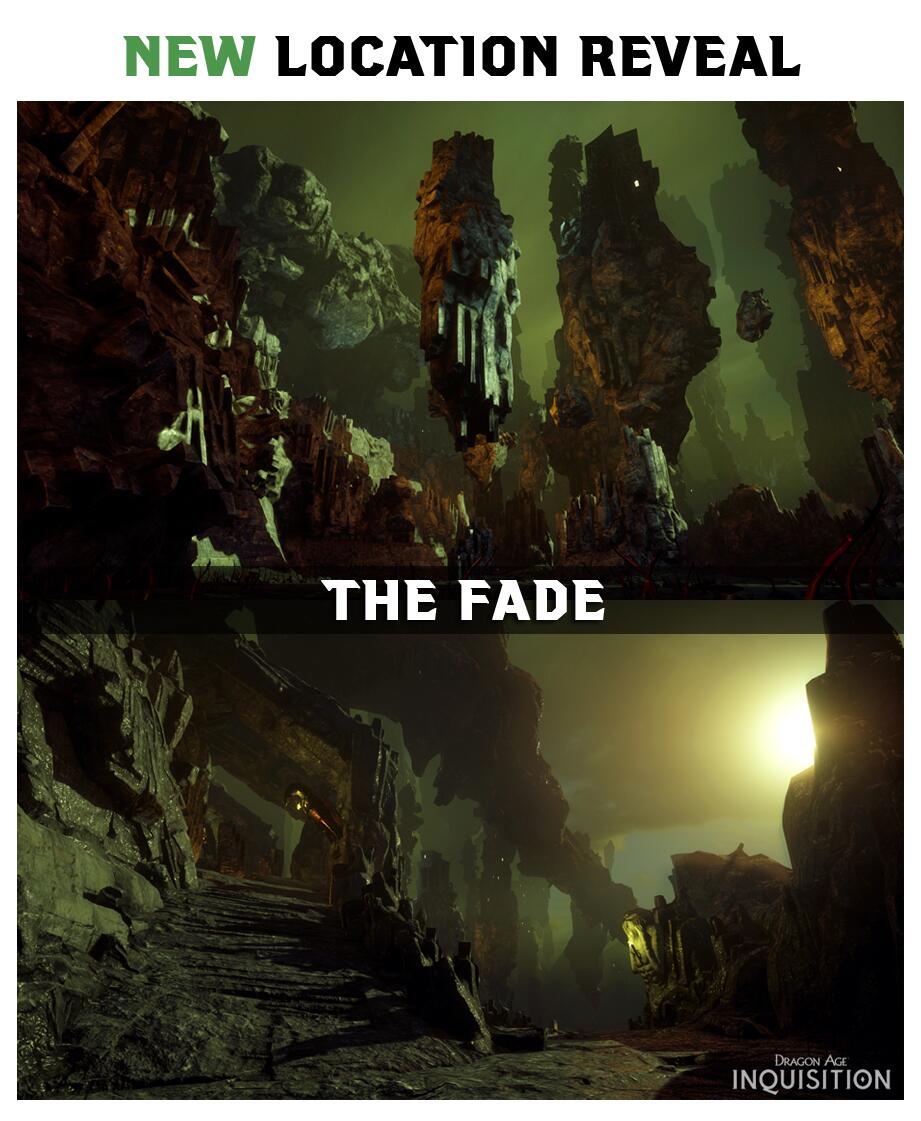 Hey, do you remember The Fade? You probably don’t, because your mind has probably tried to actively repress all memory associated with it, so let me give you a quick primer: it was that one are in Dragon Age Origins that you absolutely hated. It was that one part of the game that was so bad, many people flat out stopped playing the game once they got there. A part that is so bad that an actual mod exists to excise that part from the game entirely.

So… yeah. The Fade. Apparently, in an attempt to make Dragon Age Inquisition as much like Dragon Age Origins as possible (owing to the overwhelmingly negative response to Dragon Age II), Bioware is turning to what made Origins good, and what made it bad. Unfortunately, the latter also involves the return of The Fade, only greener this time.

Seriously. This is happening. Why.