Posted By Kartik Mudgal | On 17th, Mar. 2012 Under News | Follow This Author @KartikMdgl 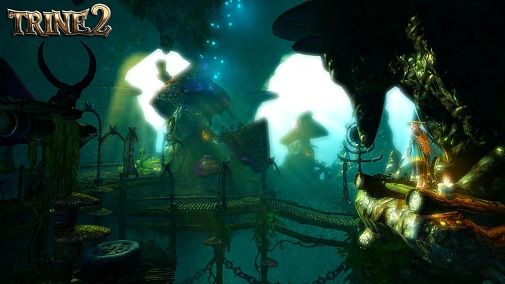 Frozenbyte have announced a new expansion pack for their amazing game Trine 2. There is a reason why I called it amazing, and you can check that in our review over here. There’s no name or date for the said expansion pack, but check out this amazing trailer which the developers have released.

The yet-to-be-named AAAA expansion for Trine 2 will include a six level campaign with new enemies and skills. The skills will also be playable with the original Trine 2 campaign, giving it more renewed playability. Also included are some small updates and a new difficulty level, for a very reasonable price.

All of this in a brand new adventure where our heroes embark on a new journey more menacing than ever. This is why we are calling it the “expansion” and not a DLC, and it will deliver an AAAA experience to fans of Trine 2.

They’re calling the expansion pack ‘AAAA’, which means you can expect some very high quality from the developers.