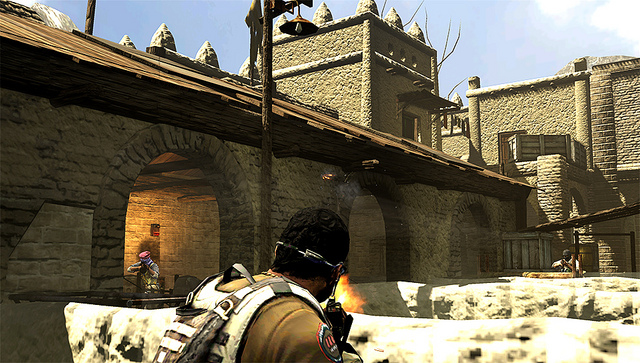 Sony has just announced a new shooter for the Vita and it’s called Unit 13. The game is made by Zipper Interactive, who also made MAG and SOCOM Confrontation on the PS3. It seems that they are developing titles for the Vita now, and have stopped PS3 development.

They specialize in tactical shooters and Unit 13 looks like one as well. It takes advantage of Vita’s unique back touch function.

Fast action, on-the-go gameplay was a key goal for the Unit 13 team. The game is designed for players to move quickly into the action, choosing from one of six Operatives with unique abilities to tackle 36 action-packed missions across nine unique locales. Missions come in a variety of sizes and difficulty.

Some are smaller bite-sized battles; others are longer, more challenging, multi-objective missions that are a good test for any skilled shooter fan. As you make your way through the variety of missions, you unlock the right to take on the tougher High Value Target (HVT) enemy battles. After completing an HVT mission, you can share them with friends and nearby players through PlayStation Vita’s “NEAR” feature.

It is a launch title for the Vita, so shooter fans should be excited about this game. Tell us what you think in the comments section below.