GTA 5 contains a new character called Casey, and his voice actor has been uncovered by people on GTA forums. When confronted with this piece of info, Jeff Wincott (from IMDb), who plays his voice actor has confirmed that he is indeed in the game but failed to talk more about the character.

We know why he did that, he’s probably under strict NDAs that prohibits him to say anything until the game is released on September 17.

The game contains three main protagonists, Trevor, Michael and Franklin, and there have been other side characters revealed as well.

Fans have also created a terrain map of the game using in-game screenshots that Rockstar has released so far. The user who made the map confirms that it is a final representative of what people can expect from the final game.

It’s nice to see GTA fans unleashing their creativity until the game comes out. Check out the map below. 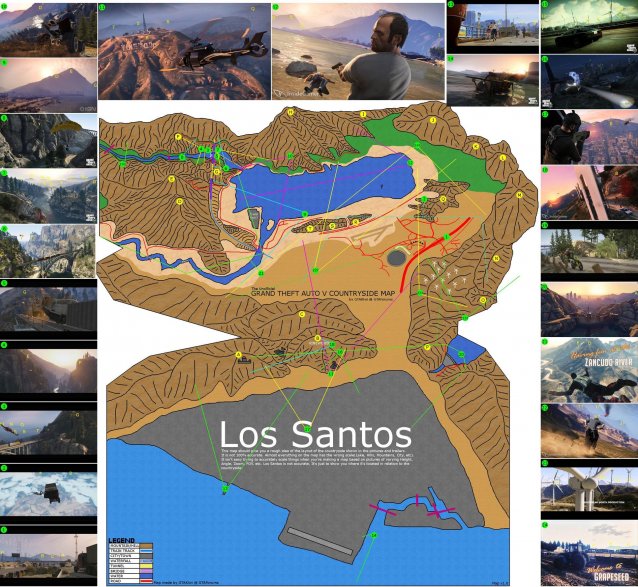