The last few years have resulted in a tectonic shift in the games industry, as the rise in popularity of digital publishing platforms like Steam and streamlined development tools have allowed for more teams than before to put out compelling experiences that rival even the biggest of AAA releases – more so at a fraction of the cost. In this feature series, we have covered many such games that punch well above their weights with the likes of Black Myth: Wukong, Faith of Danschant: Hereafter, PIONER, and many more.

Today, we will be looking at yet another similarly promising game from developer Pet Project Games – RIPOUT. RIPOUT is a co-op survival horror game that takes heavy inspiration from the likes of Prey and G.T.F.O. to create an experience that’s equal parts horrifying and an adrenaline-pumping thrill ride that’s bound to captivate legions of FPS fans from all over the world.

RIPOUT is set in the year 2084, a futuristic dystopia where humanity has to fend off aliens species for the survival of its race. You see, humans have lost the safe haven that is Earth and now the aliens who attacked the planet have followed the remaining survivors to space. There’s an entity by the name of Sanctuary that somehow holds the key to banishing these aliens – and you take upon the role of one of the last remaining soldiers on this very important quest to save the world. 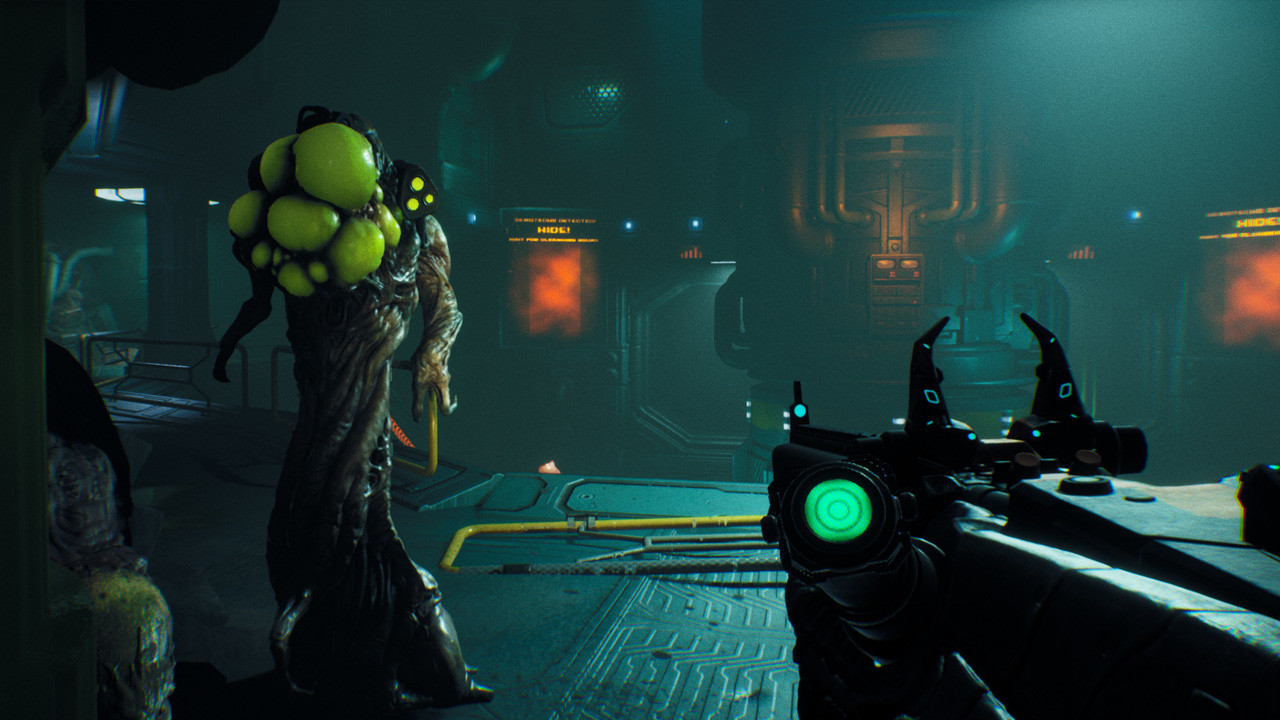 The premise is simple, and seems pretty rooted in the standard tropes that come with a futuristic dystopia and post-apocalypse. Of course, most would agree that an action game like RIPOUT doesn’t necessarily need to focus its efforts on delivering a memorable narrative – as the central selling point is most certainly the core gameplay. That said, the game is also brimming with personality – thanks to its dark and dreary aesthetic and majestic spaceship architecture, and terror-inducing enemy designs. On the topic of art direction, one of the most interesting things about RIPOUT‘s art style is how it manages to create a horrifying vibe with its environments without resorting to extensive use of darkness. Sure, there are plenty of dark corners in the game’s many environments – but the game retains a decent level of visibility regardless. It’s highly reminiscent of Prey’s art style in that context, thanks to a brilliant combination of contrasting colors like red, green, brown, and grey, among others.

Now coming to the gameplay side of things, RIPOUT is a first-person horror game and plays exactly like one. You need to be tactical with your movements and shooting to make it out of most encounters alive. That said, RIPOUT is certainly unique in the fact that it’s a bit more fast-paced than something like Prey but also not as fast-paced as something like Shadow Warrior. As such, its mediocre pace of gameplay also lends a unique charm to it that makes it stand out amongst the ever-increasing crowd of first-person shooters. 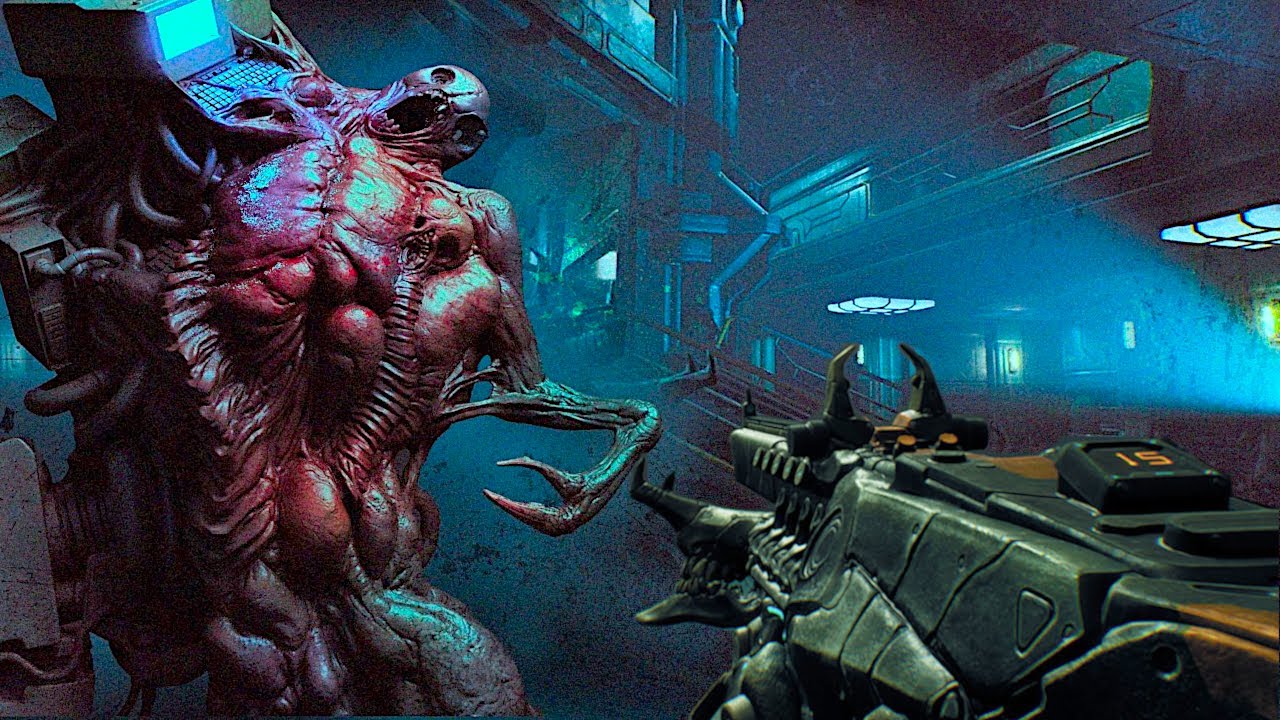 Your main weapon for survival against the many alien species is a trusty Pet Gun. A weapon that’s equal parts companion and a full-fledged arsenal of destruction, the Pet Gun is easily one of the most creative weapons we have seen in recent games. The gun can morph into several shapes and forms – from a standard pistol to a shotgun to a grenade launcher to even a flamethrower. Of course, each weapon type serves a vital purpose in the combat proceedings – as you will be changing weapon types on the fly to suit your needs. Additionally, you can also throw the sentient pet gun at your enemies, dealing area-of-effect damage and culling the herd in the process.

The developer has also stated that players will have the option to customize their pet guns according to their playstyles, although it isn’t known exactly how that would pan out. Furthermore, players might also have the option to harness the power of enemies. If you look closely, you can see enemy tentacles hanging off the player’s left shoulder multiple times in the gameplay – which could indicate that they can be turned into a weapon.

And on the topic of enemies, RIPOUT has an interesting implementation of enemy types. Unlike most games that have a set amount of enemy types, RIPOUT will feature enemies that can reconfigure themselves according to the situation at hand to give players a challenging experience at all times. For instance, small enemy bodies may combine to form a bigger enemy that has a larger pool of health and deals more damage with every blow. At the same time, the enemy biomass could also re-shift to strengthen a certain body part – allowing it to be used as a stronger weapon. It’s easily one of the more interesting aspects of the game, and we can’t wait to see how this idea pans out with the full release and how this affects the moment-to-moment gameplay. 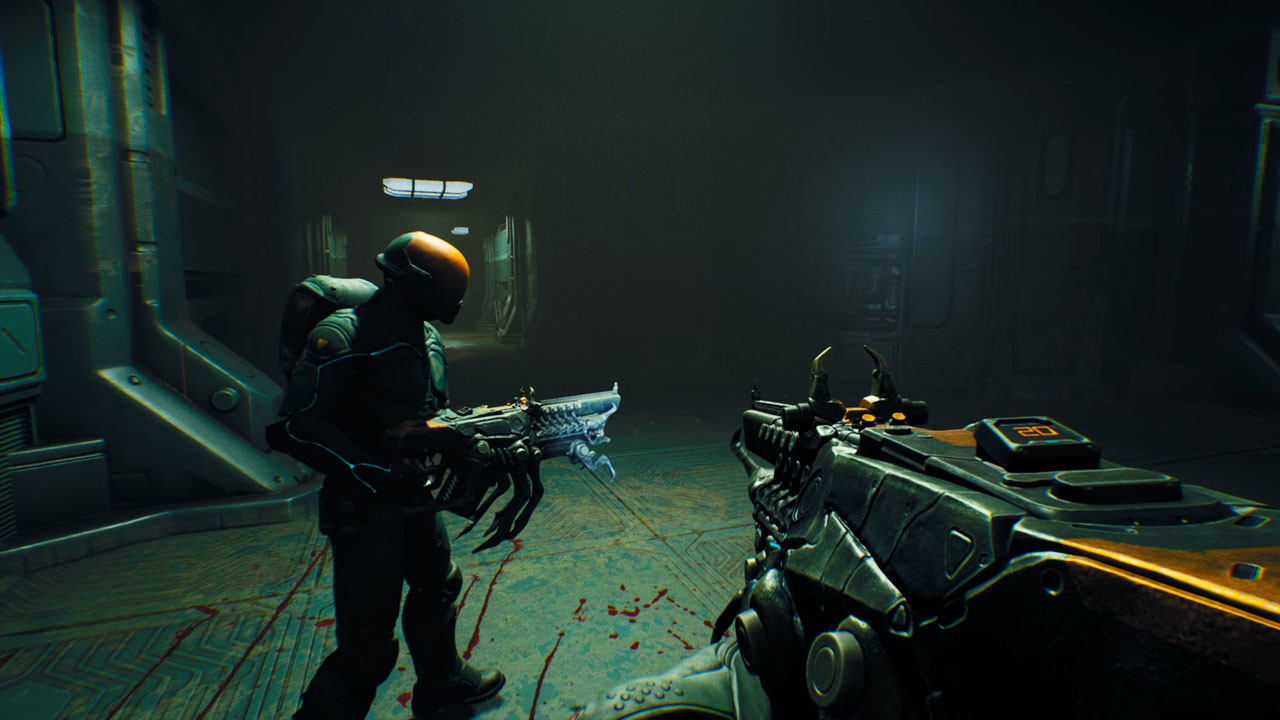 RIPOUT is a roguelite in that its levels are procedurally generated by a random generation algorithm. While there are a select number of mission types where objectives will presumably remain constant, the actual architecture of the environments and level layouts will change with every subsequent run. Completing these missions would most likely net players some currency that can be invested in making one’s character stronger than before, allowing them to take up challenges of higher difficulties and fine-tune their pet gun to their own needs. Developer Pet Project Games states that the average mission duration length would be anywhere from 10-20 minutes which should make these bite-sized missions highly replayable.

While players can go through the game solo, RIPOUT is meant to be played in co-op. We don’t know how many players can play together in a single session, but the developers have stated that it would be limited to small teams. In co-op play, players will have to play off each others’ strengths to have a shot at survival. The trailer showcases multiple instances of this, such as one player distracting a giant monster towards themselves while another shoots down the weak spots on the enemy’s back. Pet Project Games has also stated that the difficulty will scale according to the number of players in a single session, so players should expect to be up against a decent challenge regardless of their strength in numbers. 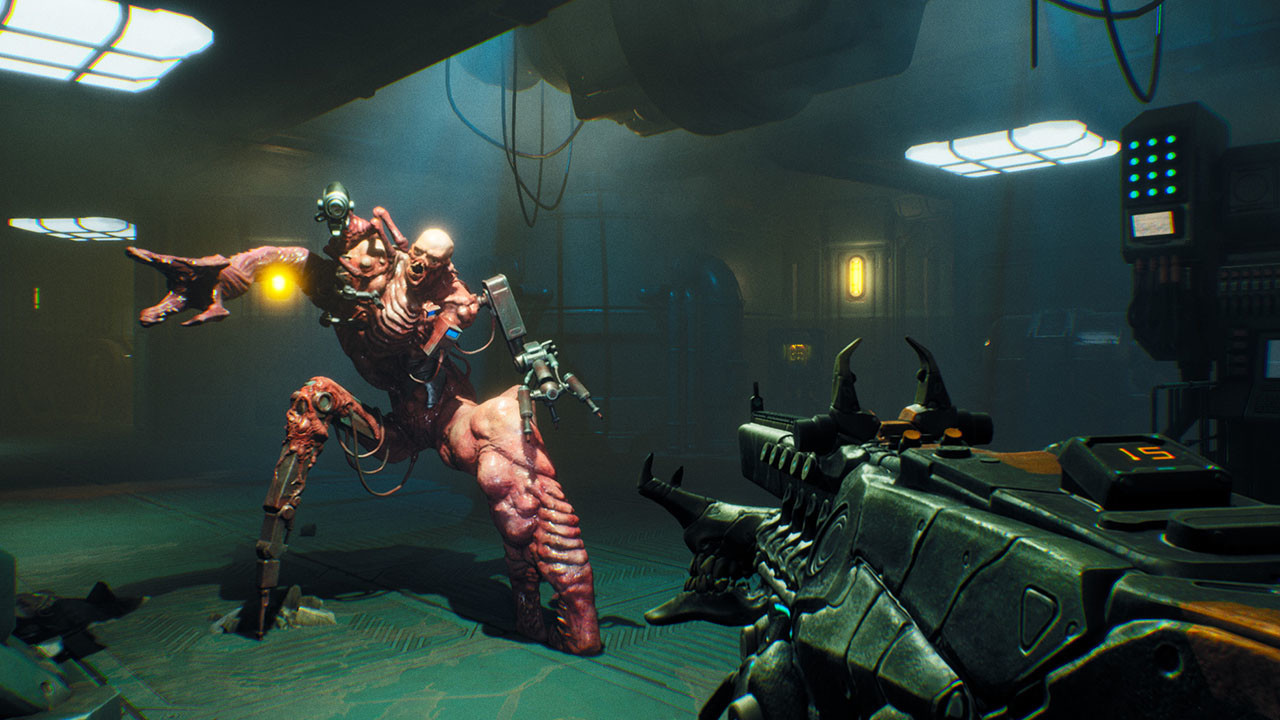 It’s currently in development for PC, Xbox Series X, Xbox Series S, and PS5 with a target release window of 2022. While it’s a pretty ambitious release window for a game that’s just been announced in an official capacity, we are keeping our fingers crossed for the time being.

There’s still a lot that we don’t know about RIPOUT, such as how the progression works or the many types of missions that players will be taking part in. However, the core premise of this roguelike co-op horror shooter is certainly promising. RIPOUT has more than a couple of neat tricks up its sleeve, and we are hoping that it manages to deliver a compelling experience that’s worth all the hype and anticipation – and then some more.