Posted By Kartik Mudgal | On 23rd, Jan. 2013 Under News | Follow This Author @KartikMdgl 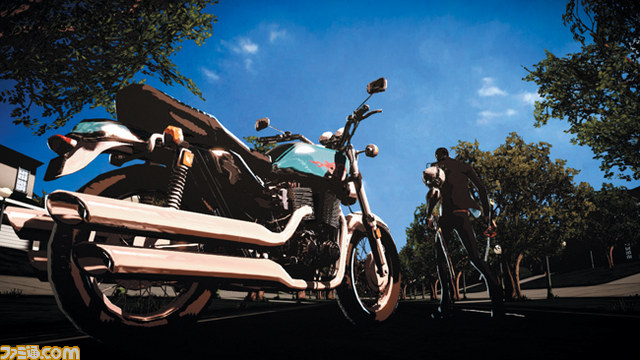 We have some new Killer is Dead details from Suda 51 which are, err, interesting. This week’s Famitsu has revealed more details on the same and you get to fight a Yakuza guy riding a tiger, how cool is that?

“And the game’s packed with these sorts of situations, the kind you won’t see in any other game. That Kyoto battle got concepted out surprisingly early on, too; I guess we felt like overseas gamers ought to see what Kyoto looks like.”

Suda also revealed some new details about the hero Mondo and also had to say something about the visuals in the game.

“Mondo’s an executioner, not an assassin. You have that ‘execution’ nuance added to the act of murdering your foes. The hero’s job is to wipe out these serious villains, real AAA-class international terrorists,” he revealed.

“He’s dressed so smartly that you might wonder if he’s actually capable of killing, but once the ‘work’ switch is pulled, his aura completely turns around. The story depicts him as a man who just does his job without putting much of any emotion into it.”

He also mentioned that the studio was going for a realistic visuals at first but it didn’t work out because it didn’t produce the sort of unique expression they wanted.

“I think Killer7 was the best we could do in art expression at the time it came out, but if we just recreated that, it’d merely seem old at this point. So we really pursued an art style that seemed modern with our shading technology. There was a lot of trial and error behind what you see now.”

You can check out some amazing screenshots from the game that we have covered before.