Just what is Nintendo up to? 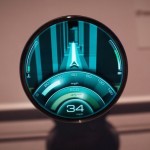 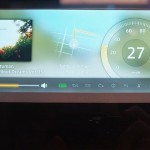 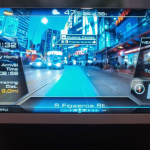 The Nintendo 3DS will be four years old this March, and though we are already getting the New Nintendo 3DS soon, a hardware refresh that should be able to eke out a few more years of life from the aging system, the fact of the matter is that we are due for a successor some time soon. Rumblings from within the game industry regarding the next round of Nintendo hardware have started to heat up recently, with Nintendo itself confirming that it is in fact working on successors to 3DS and Wii U currently.

However, at the same time, there has also been the question of exactly what the next Nintendo handheld will be like- remember, Nintendo doesn’t just put out a more powerful version of its previous system. From 3D to touch screen to two screens, there is always a gimmick, always a hook.

The Verge reports that the new free form screens prototyped at CES by Sharp this year are what are the key to the next Nintendo handheld- according to The Verge, Nintendo is looking for a donut shaped screen (no, really) from Sharp for the next handheld, but even if it’s something more conventional, this points to a different screen shape, and therefore, size from their current handhelds. It also points to a completely different conception of their handhelds from the DS line that they have had so far.

You can see some of the prototypes above- a lot of them look very outlandish, but a lot of them would also be very cool. For those of you who doubt whether Nintendo would go with something so obviously cutting edge, remember, the 3DS was the first mass market device to feature an autostereoscopic 3D screen- it was the first device to release with that screen to the mass market where it was beyond the prototyping stage, so there is precedence.

Stay tuned as we bring you more on Nintendo’s new donut shaped handheld.