Series fans have spent a good deal of time demanding a Splinter Cell sequel, while Ubisoft themselves also haven’t been averse to speaking about the series, and when (or if) it might ever come back. With Splinter Cell: Blacklist now over six years old at this point, it feels like a sequel is log overdue- and for those who latch on to anything that suggests that one might be on the way, this new development is going to be very interesting.

GameStop has put up a listing for a pair of the famous Splinter Cell goggles replica- in isolation, that isn’t very interesting, but the details provided for the product is what we’re concerned with here. “For the first time since the introduction of Splinter Cell in 2002, after nine top selling AAA+ titles, and with the 10th release on the horizon, this is your first chance to own Sam Fisher’s signature Ultra High-Frequency Sonar Goggles,” reads the description (screenshot below, in case the listing is removed or updated).

That is interesting, of course, because of the mention of a 10th Splinter Cell release being “on the horizon.” Quite recently, Ubisoft CEO Yves Guillemot mentioned that the company was looking into bringing back Splinter Cell as “some new type of experiments, but more on different devices”– could this GameStop listing possibly be linking to perhaps a mobile release?

Another recent rumour suggested that a VR Splinter Cell title was in the works- maybe that could be what this is referring to. Then again, not too long ago, there were reports that no new Splinter Cell game is currently in production at Ubisoft, so there’s a chance that this is just a mistake on GameStop’s part.

Either way, we’ll keep you updated in case there’s any developments on this front, so stay tuned. 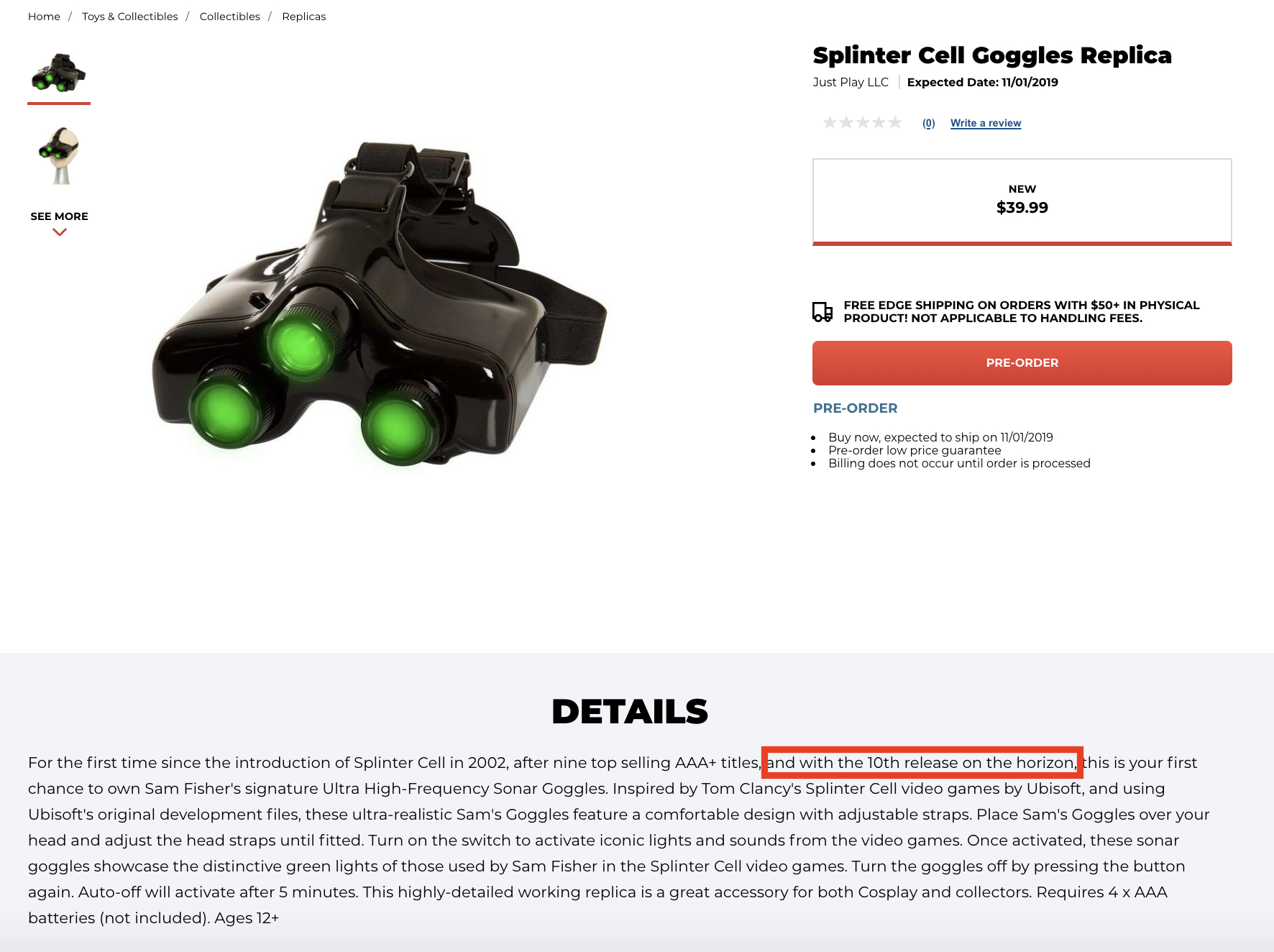