The original Tales from the Borderlands is widely regarded as one of the best games developed by Telltale Games (back before the studio imploded and reformed), so it’s no surprise that there’s no shortage of excitement surrounding the launch of its sequel. Developed internally at Gearbox, the standalone sequel is promising to deliver a memorable blend of choice-driven narrative gameplay, endearing characters, and of course, plenty of Borderlands’ well-known brand of humour, and if it can do that as well as its predecessor did, there’s little doubt that it’s going to be yet another win for the series. In the lead-up to its imminent launch, we recently reached out Gearbox with some of our most burning questions about New Tales from the Borderlands. Below, you can read our interview with Frédéric Scheubel, producer at Gearbox Studio Quebec. 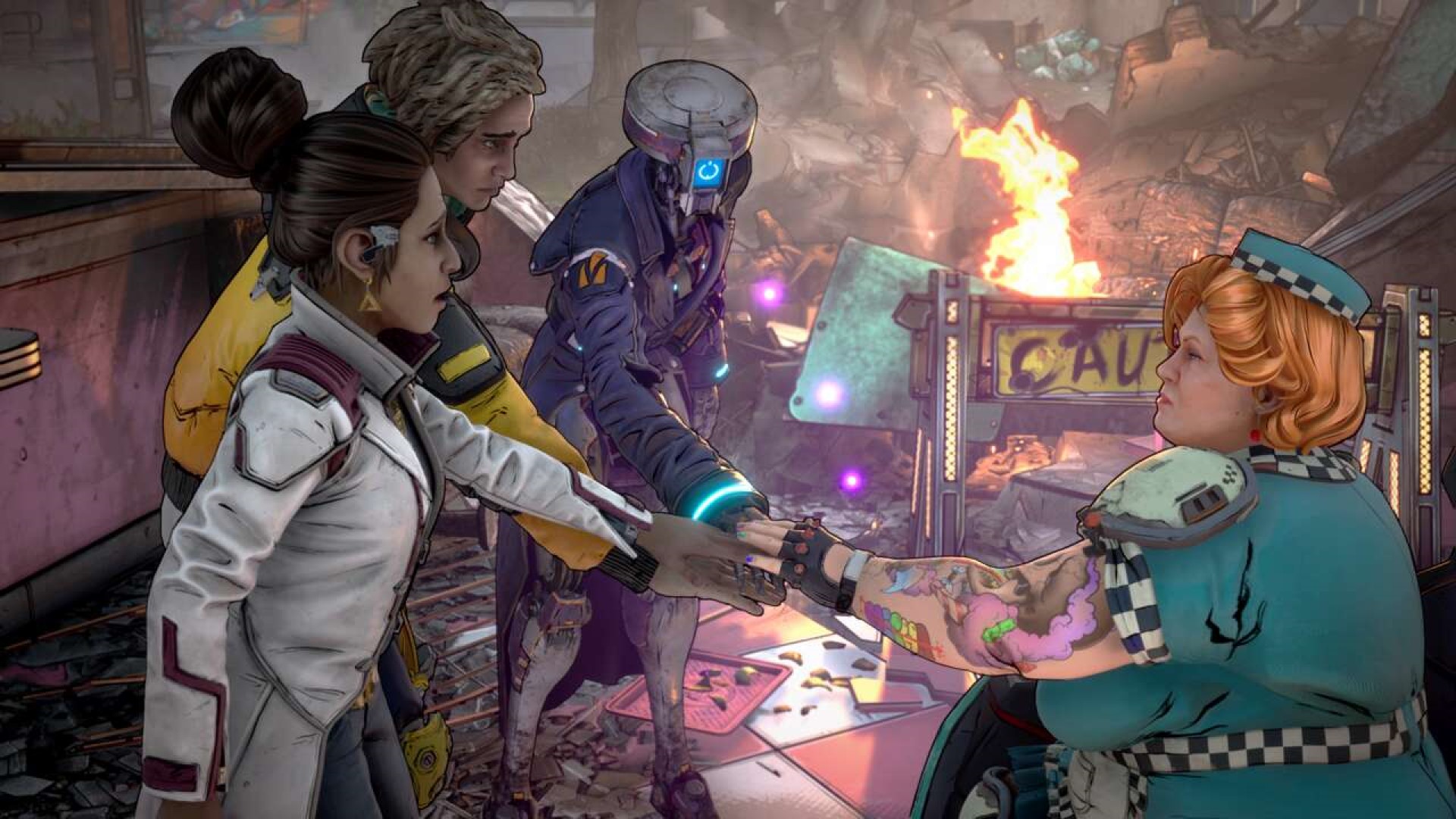 "We’ve worked hard to carry forward the same spirit of adventure and storytelling as experienced in the original Tales from the Borderlands. Plus, Borderlands fans will get to see some familiar faces and locations make a return."

New Tales from the Borderlands is being billed as a standalone story that serves more as a spiritual successor to the original than a direct sequel, but of course, it does have strong connections to the Telltale game as well. Can you tell us about what sort of a balance the game will strike there, and what should be expected by both newcomers and returning fans?

How does New Tales from the Borderlands expand upon its predecessor’s QTE-centric gameplay foundations? Should players expect a greater level of interactivity, or is the focus here squarely on the story and the characters?

While the primary focus of the game is on the story and characters, mini-games regularly pop up throughout New Tales from the Borderlands as fun, humorous and simple activities that give variety to gameplay. To start, the main mini-game that the user can actually obtain collectibles for is the “Vaultlanders” mini-game. Throughout the story of New Tales from the Borderlands, the player will have surprising encounters in which they must fight in plastic figurine warfare, attacking and dodging the enemy figurine. The victor takes the loser’s Vaultlander for their collection. Throughout the story, players will acquire more and more Vaultlanders. Other mini-games are represented as puzzles, quick time events, and many other one-time use gags.

The three protagonists the story centers around are clearly going to be the heart and soul of the experience. What can you tell us about them, and what kind of a role they play not only in the larger Borderlands universe, but also on a much more intimate level?

The three lovable losers serving as the underdog protagonists of New Tales from the Borderlands are absolutely at the heart of the game’s story. First we have Dr. Anuradha Dhar (Anu). Although Anu might be uncomfortable in social settings, she’s a problem-solver and uses her Tech Glasses to help her in this endeavor. She is a do-gooder who dreams of a world where no one has to kill to get ahead.

Anuradha’s adopted brother, Octavio, can be a bit full of himself. According to him, he is Meridian City’s most popular citizen with a long list of contacts to back it up. His ability to access information is like no other! Octavio’s big break hasn’t come just yet but he desperately wants to own a business and make loads of cash.

Fran Miscowicz brings all the action from her gadget packed hover chair. Fran’s frogurt shop was hit by a Maliwan laser, and now Fran is out for vengeance on the people that destroyed her shop. She’ll stop at nothing to protect her friends along the way, and hopefully receive the much owed insurance payout or the insurance company is going to have to deal with her directly. 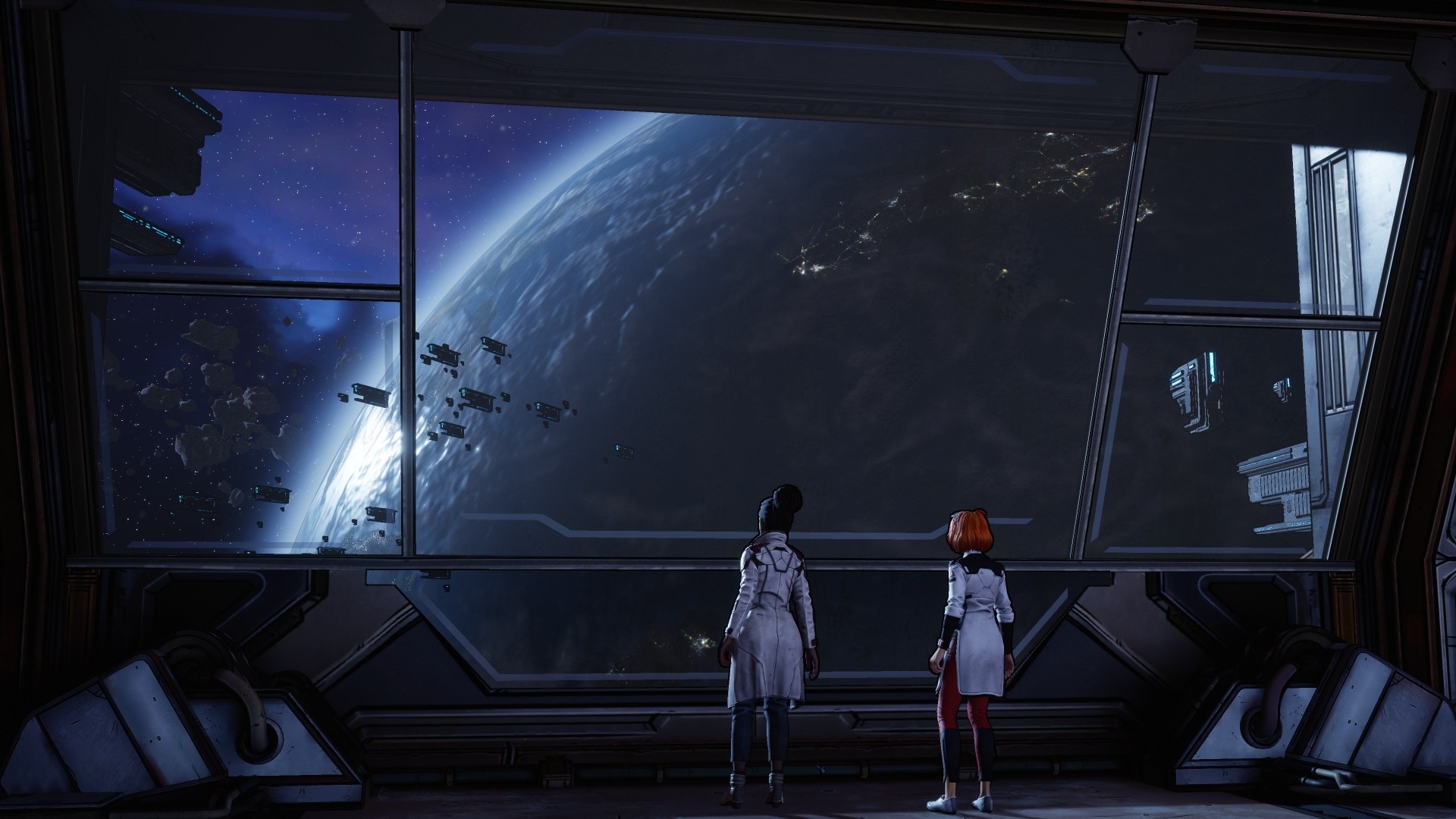 "While it was important to us to be consistent in how we depict locations within the Borderlands universe, we also worked to create a unique tone and visual style for New Tales from the Borderlands."

Visually, New Tales from the Borderlands looks like a huge leap over the original. Can you talk us through the biggest changes and improvements the game is making on a technical level?

New Tales from the Borderlands will have a vastly improved movement and facial animations thanks to the technology used in development. Gearbox Studio Québec used performance capture for the first time ever in a Borderlands title. The team also took special care and research on Fran’s fantastical hoverchair. For motion capture, we built custom set-ups and rigs to allow for a wheelchair to move laterally, which created a futuristic look and feel for the hoverchair. The art direction focuses on the characters with lots of little details that catch your eye, as well as dramatic light and shadow work to provide high emotional impact.

New Tales from the Borderlands is taking players to Promethea. That’s a location that series fans will be familiar with, but did you end up making any alterations to the planet in terms of design or visuals for the purposes of this game?

While it was important to us to be consistent in how we depict locations within the Borderlands universe, we also worked to create a unique tone and visual style for New Tales from the Borderlands. You get to see locations and details from up close at a much slower pace than in an all-out-action title like our great shooter-looters. The art team members could express their creativity in the details you’ll see in those high resolution environments. You may catch subtle winks here and there.

Gearbox as a studio hasn’t had too much experience with making games revolving around choice and consequence mechanics. How did you prepare and expand for the development of this game?

Between the main Borderlands titles and the recent Tiny Tina’s Wonderlands, we have an incredible team at Gearbox Software with a deep history of creating compelling narrative experiences. The team behind New Tales from the Borderlands are deeply passionate about storytelling and have exhaustive experience working in the genre, including as the leads for the four critically acclaimed Campaign DLC releases for Borderlands 3, and we are confident in delivering a top-tier story for New Tales from the Borderlands.

Gearbox Software also partnered with key alumni of the original Telltale Games narrative team to craft the all-new story in New Tales from the Borderlands in order to provide players with a familiar experience while expanding on gameplay, graphics and animation. 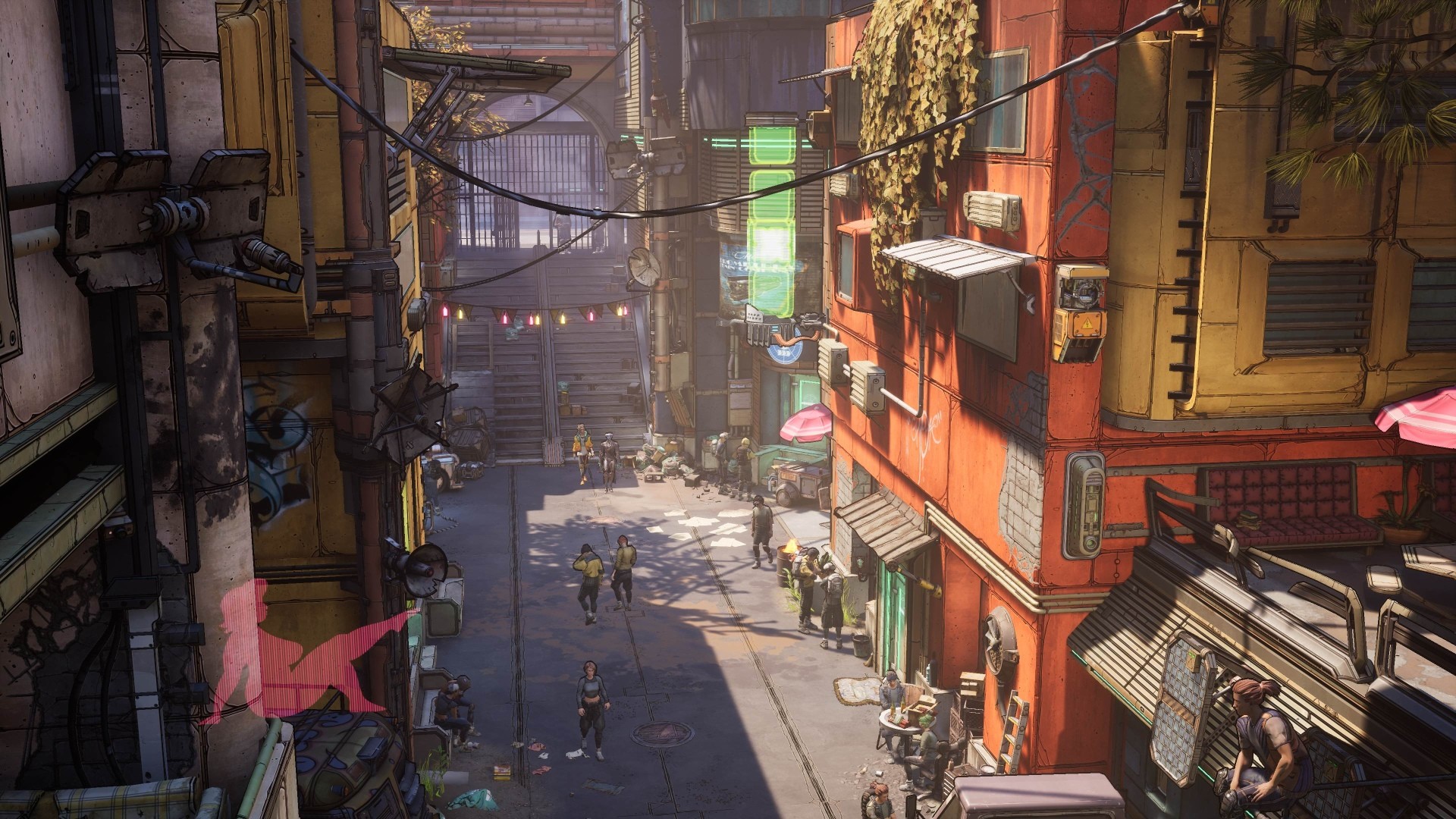 "We want every decision players make to feel consequential and, with five possible endings, discover how choices made throughout their own adventure impact the trajectory of each character."

How radically will players’ choices impact how the story plays out in New Tales from the Borderlands? Can you give us a rough idea of how many possible endings and ending variations the game has?

Every decision made gives players the ultimate power to choose between good and evil and make even the largest dreams of the smallest individuals come true, often in unexpected ways. The game UI is designed in such a way that the impact of choices aren’t always immediately clear, although the player should feel it some through the reactions of the characters. We want every decision players make to feel consequential and, with five possible endings, discover how choices made throughout their own adventure impact the trajectory of each character.

What was behind the decision to stick with an episodic structure rather than telling one large, continuous story, especially seeing as all episodes will be released together?

Many games, and stories more broadly, are broken up into chapters to help deliver a sense of pacing and dramatic progression. As you noted, all five parts of the game will be immediately available on release, so players won’t have to wait to play through the whole game. There is an added gameplay benefit as well, as players can choose to replay individual chapters or skip ahead in the story if they choose. Enjoy the game at your own pace, you have the choice.

Players will have varying experiences with average playthrough length. With a myriad of potential choices and consequences that impact the adventure and story for each of the three playable characters, New Tales from the Borderlands offers players a ton of replayability. So, we hope everyone will continue to play and explore the different story possibilities that the game offers.