One of the game's three main characters, Fran Miscowicz owns a frozen yogurt store and moves around on her trusty hoverchair. 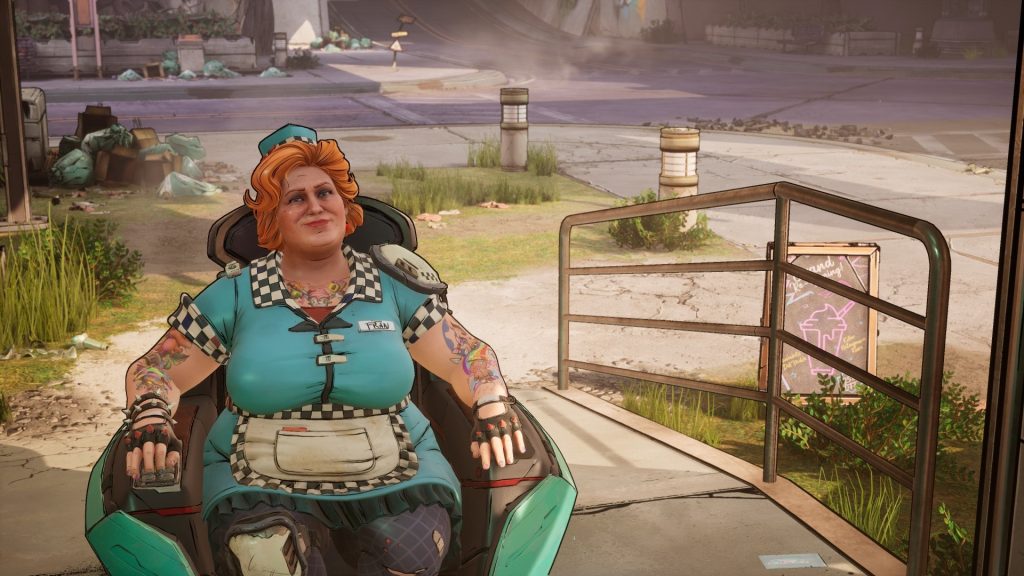 New Tales from the Borderlands will be bringing a very different style of Borderlands experience when it launches under two weeks from now, but as those who’ve played its Telltale-developed predecessor will tell you, there’s still plenty of reason to be excited for its upcoming launch. Its cast of characters is one of several things that has looked promising in the lead-up to its release, and 2K and Gearbox have now released a new trailer that highlights one of those characters.

Fran Miscowicz will be one of the three central protagonists in New Tales from the Borderlands, and she grabs the spotlight in this newest trailer. Moving around on her trusty hoverchair that comes with several handy built-in accessories, she owns a frozen yogurt shop and is accompanied by Sponsorbot, a legally mandated sponsor who’s primary purpose is to help her with her anger management. She definitely seems like a character, to say the least. Check out the trailer below.

New Tales from the Borderlands launches on October 21 for PS5, Xbox Series X/S, PS4, Xbox One, Nintendo Switch, and PC.