New tease by Ubisoft, what could it possibly be?

Ubisoft teased everyone with a new image, in the image (which you can look at below), shows a figure who is probably in Egypt, and from what i can tell, he looks like an Assassin.

But the tease being maybe a new character in Assassin’s Creed Brotherhood  is not the case here, according to Ubisoft, “Until we can tell you more about the secret project @CameronMstewart and @karlkerschl are working on… here’s a teaser about a completely different project on www.ubiworkshop.com. Oh, and before you ask, this has nothing to do with Assassin’s Creed Brotherhood.” 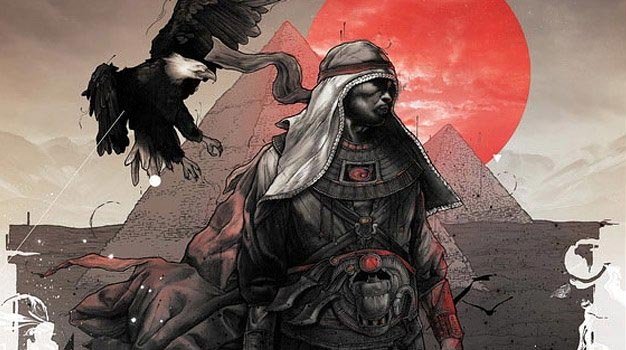 Knives, eagle, white cape, it should be pretty obvious right?

And which project are Cameron Stewart and Karl Kerschl working on?

“a couple of secret irons in the fire, including an upcoming new comic series based on an immensely popular property,” said Cameron.