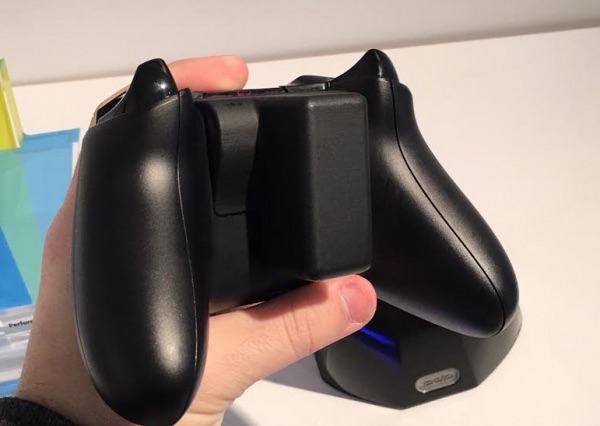 It’s one of the big failings of this era of consoles- but it’s one that may soon be a thing of the past. At CES 2016, a company called PDP showed off new technology that can fully charge a battery in 1 minute, leading to 8 hours of usage time after that. So yes, this can be used for your Xbox One controller, your DualShock 4, your Wii U Gamepad, and even your Nintendo 3DS and PS Vita- you could use this for your phone or tablet too.

“In the past it has been about either your dry cell battery chemistries or your lithium ion or lithium polymers, but we’ve developed a new type of power pack,” director of product development at the PDP Christopher Dingle told Polygon at the show.

It’s a little unbelievable, but what they showed at CES definitely worked as advertised. How? Well, they discussed it a bit.

“It’s a new type of power pack chemistry,” he said. “It’s a physical reaction rather than a chemical reaction.”

PDP expects the pack will go for $99, which, hell yeah, I’d spend that money to not have to worry about batteries ever again.