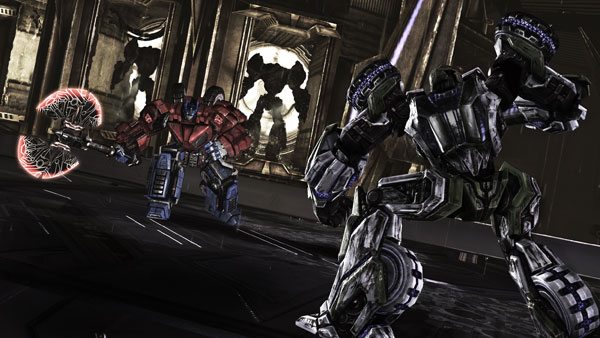 Transformers: Dark of the Moon is officially under development by High Moon Studios, the guys behind last years War for Cybertron. The game will feature a story that sets up the upcoming Michael Bay movie. The game will contain a “diverse roster of everyone’s favourite Transformers” and use new “Stealth Force gameplay that lets players convert to a third form beyond robot and vehicle modes to defeat their enemies in more ways than ever before”.

You’ll “fight through the epic battles on Earth that will shape the events of the upcoming film” in locations such as the jungles of South America, Siberian military facilities and Detroit cityscapes.

The game will launch 360 and PS3 with alternative games for Wii, DS and 3DS being developed by Behaviour Interactive.