Posted By Rashid Sayed | On 11th, May. 2010 Under News | Follow This Author @GamingBoltTweet

Codemasters today released a new gameplay video for International Cricket 2010, coming June 18th for the PlayStation 3 and Xbox 360 . The latest video shows cricket stars Stuart Broad and Ricky Ponting in action and is available to view at www.playcricket2010.com

Produced by Codemasters and developed by Trickstar Games, the Australian developer with a pedigree that includes Ashes 2009 and the Brian Lara series, International Cricket 2010 will set the new standard in cricket gaming. Players will experience a range of gameplay improvements which will deliver the most rewarding and authentic cricket yet, including fully motion captured players and reworked animations meaning cricketers bat, field and bowl more realistically than ever before. 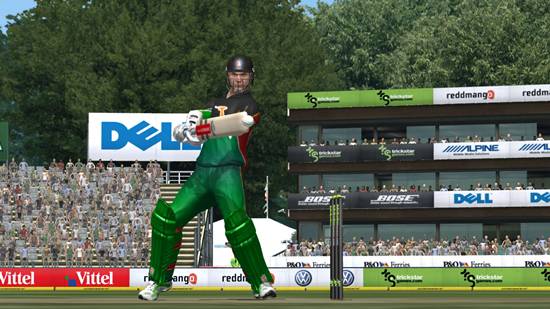 Gamers can take to the wicket on 21 stadia around the world, each featuring authentic pitch conditions and performance. An extensive range of game modes, from quick fire Twenty20 matches to international tournaments and leagues, can be taken on with any of the expanded roster of 16 countries, including the officially licensed England and Australian teams.

Other key enhancements include ‘Action Cam’, the innovative new camera that takes players right onto the pitch, and the new ‘Power Stick’ which delivers 360° degree batting control and gives players the widest selection of shots possible, from pushing quick singles to riskier slogs to the boundary.