Here's everything you need to know about Factions, how Companies work and the many benefits of capturing as many regions as possible. 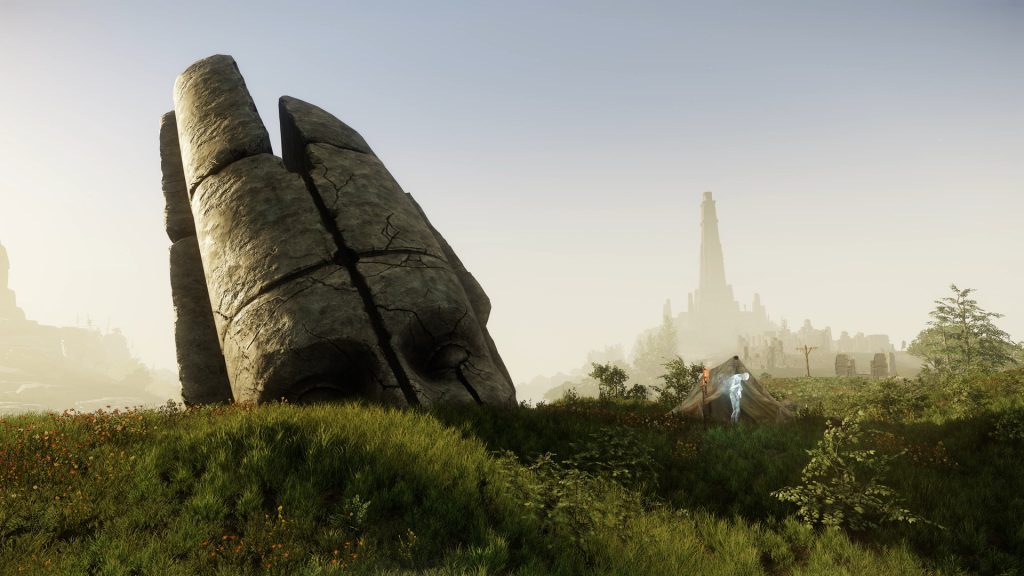 Amazon’s New World, like any MMORPG, features factions. These include the Covenant, Marauders and Syndicate, and they each have their own background story and goals. As such, there’s no real gameplay difference between them – as soon as you hit level 10, you can pledge to any one of them, regardless of weapons or abilities. Once you complete their questline, you’ll become a full-fledged member of the faction.

The one thing that factions do influence is the Companies that you can join. Companies are essentially guilds run by players and they’re all allied to a certain faction. Depending on the Company joined, you’ll receive different skins for your gear. The kinds of faction missions that can be accepted is also limited by your faction, though they’re roughly the same in terms of mechanics and XP doled out.

If you’re not happy with a certain faction, either because it’s not doing so well or because of its looks, then you can swap over to another. The first faction change is free but after that, you’ll have to wait 120 days to switch again (and you can’t just join the best-performing competitor at the time).

As to Companies – since they’re player-run, it’s up to their Officers as to whether you’re accepted or not. Companies are usually recruiting through the in-game chat so it’s a good idea to get in touch there. A Company can have up to 100 players.

If you want to start a Company, simply go the Companies tab in the menu. Choose a name and representing crest, and then start recruiting members to join. A Company is overseen by a Governor, followed by Consuls and Officers. Settlers are essentially staying in a Company’s territory and can be invited (or removed) by Officers. Consuls have the same permissions as the Governor but can’t access the Treasury. How the Company’s funds are dispersed is up to the Governor and everyone has to pay some kind of tax.

Fighting for your Faction might seem like a fun way to mess with other players or just engage in straight-up PvP. However, there are real, tangible benefits to be had from capturing forts in different territories. Different buffs go into effect depending on the territory and region captured. On top of this, you also get unique buffs depending on the captured region in question.

Controlling a territory nets a five percent increase to XP gain and 20 percent increase to influence gain. Capturing a region nets a 70 percent discount on fast travel costs, +50 Luck, a 20 percent reduction to housing purchase costs, a 10 percent boost to Gathering, and a 30 percent reduction to taxes. Let’s take a look at the specific buffs you can earn from each captured region, in addition to the above. All of these stack with each other, providing some good incentive for your faction to conquer everything.

New World is currently available for PC. For more details, check out our review here.