Baby Mario and Yoshi return for another adventure. 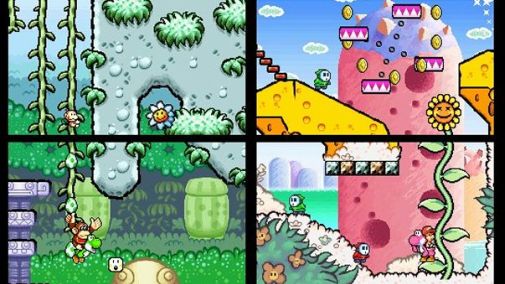 During the latest Nintendo Direct presentation this morning, it was revealed that the Nintendo 3DS would be seeing a brand new Yoshi’s Island title. No other details have been released, with Nintendo stating that they’d reveal the game more properly in the coming days.

As a sequel to Super Mario World, Yoshi’s Island became one of the most critically and commercially loved titles of all time with its gameplay variety, 2D art style, boss battles and mechanics. It quickly spun off into its own franchise with the underwhelming Yoshi’s Story on Nintendo 64 but picked up again with Yoshi’s Island DS, a sequel to the original released for the handheld.

In Yoshi’s Island, players take the role of the dinosaur steed Yoshi as he protects Baby Mario from danger while ferrying him across different levels. Yoshi can hover, shoot eggs, swallow different fruits to launch as projectiles and stomp his way through most obstacles.