Ni no Kuni is a “restoration” of JRPGs- Level 5 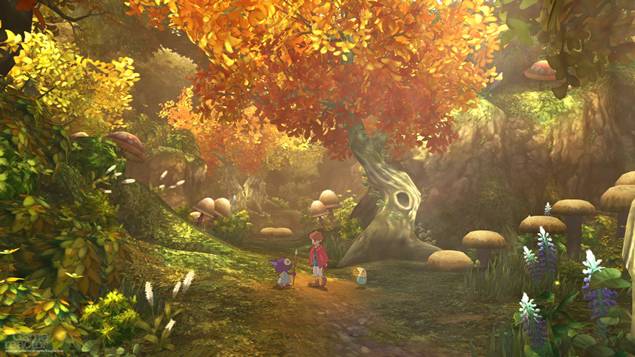 Level 5’s CEO Akihiro Hino says that Ni no Kuni: Wrath of the White Witch will be a more conventional and orthodox take on the JRPG, and that Ni no Kuni will be like a restoration for that specific genre.

“I’d say Japanese RPGs tend to cater to players who are not skilled at action games and prefer to have command systems that allow them time to strategize, as well as those who enjoy stories that are similar to reading novels,” Hino told IGN. “So for fans of Western RPG, such JRPGs might seem somewhat antiquated.”

He went on to talk about Ni no Kuni and its own design philosphy. “Ni no Kuni is a title that cherishes the so-called fundamentals that makes RPGs interesting,” he said. “Perhaps you will find this orthodox approach a refreshing change from the many overly-individualistic titles that make up the bulk of the market in recent years.”

“We have included elements that create the true charm of RPGs in abundance,” he continued. “The excitement of stepping foot into a new area of the map; the sense of achievement from clearing tough battles and missions; the joy of exploration or discovering new items; the mixed emotions of meeting and then parting ways with a huge array of characters, and so on.

“So perhaps it actually could be considered a restoration or reformation of an RPG from the good old days.”

Get all information on Ni no Kuni here.