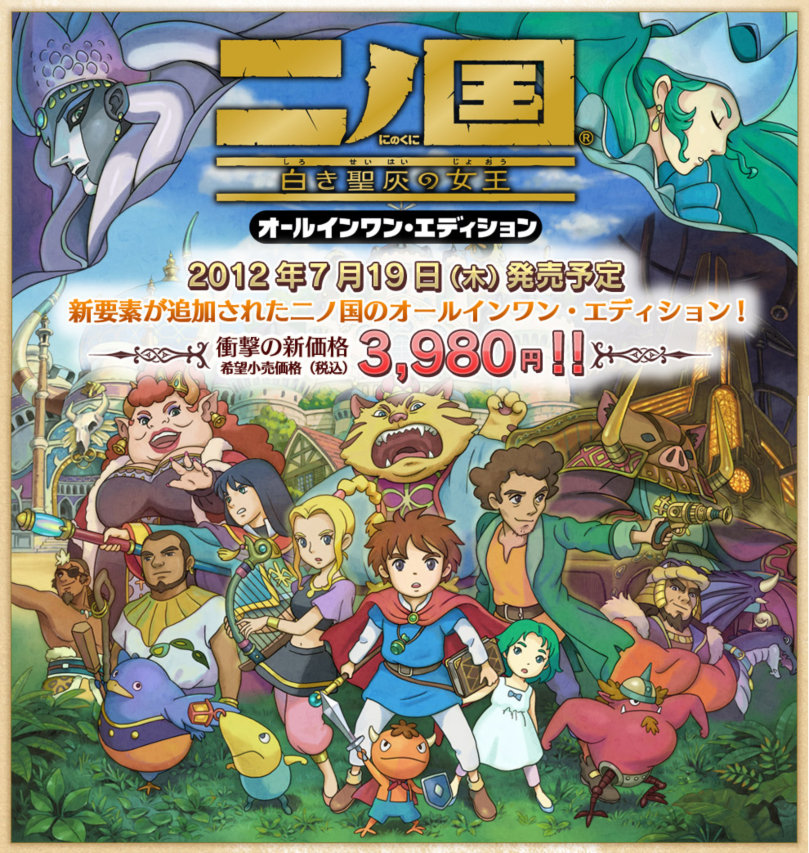 Level-5 has announced the Ni No Kuni All-In-One Edition which will retail for 3,980 Yen in Japan. It contains a lot more features and even the western version will avail of these features.

It also includes an easy mode, all the post-release download content, and new Imagine creatures from GREE’s Ni no Kuni Great Adventure Monsters. It’s a budget release but with more content and features, how about that?

The game will be headed to the west in 2013, and the normal editions will be updated to All-In-One edition via a free patch. It will be released on July 19th this year, and we also have a trailer for you which you can check out below.

The update is supposed to go up the day the All-In-One is released. Tell us what you think in the comments section below.