Check out the gameplay trailer for Nickelodeon Kart Racers 3: Slime Speedway, which is coming to PC and consoles this October. 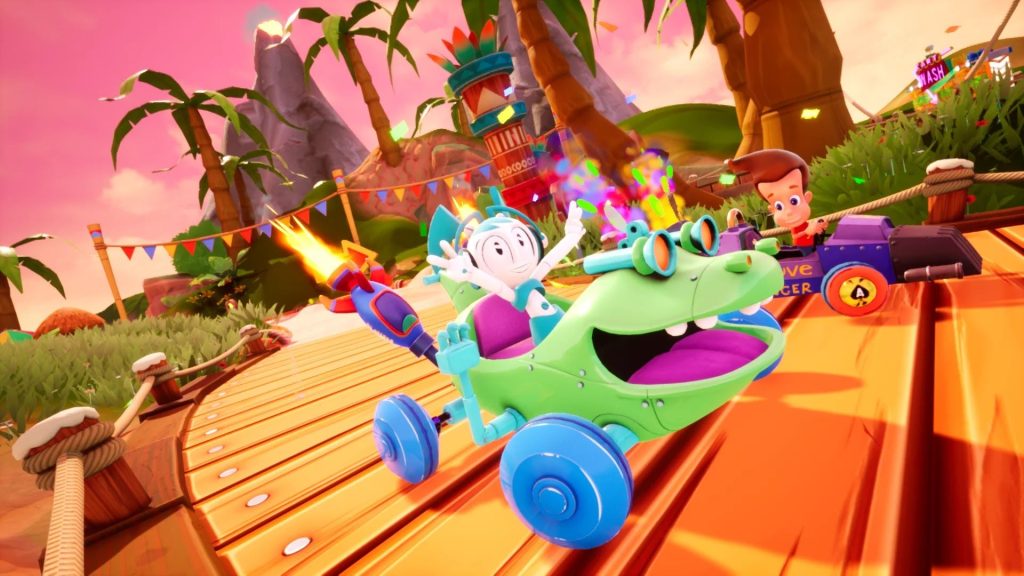 Publisher GameMill Entertainment and developer Bamtang Games have announced that Nickelodeon Kart Racers 3: Slime Speedway will be coming to PC, PS4, PS5, Xbox One, Xbox Series X/S, and Nintendo Switch on October 7. Check out the gameplay trailer below.

Nickelodeon Kart Racers 3: Slime Speedway is, as its name might imply, a kart racing game that makes use of Nickelodeon’s properties. The game features a cast of over 40 characters from throughout various Nickelodeon shows, all fully voiced.

In a change from its predecessor, Nickelodeon Kart Racers 3: Slime Speedway will also feature more varied terrain in its race tracks, giving your kart the ability to turn into a bike or watercraft. Karts will also be customisable, including paint jobs as well as kart parts.