Nidhogg Releasing on PS4 and Vita on October 14th

Attention duellists! The critically acclaimed PC title will be on PlayStation this week. 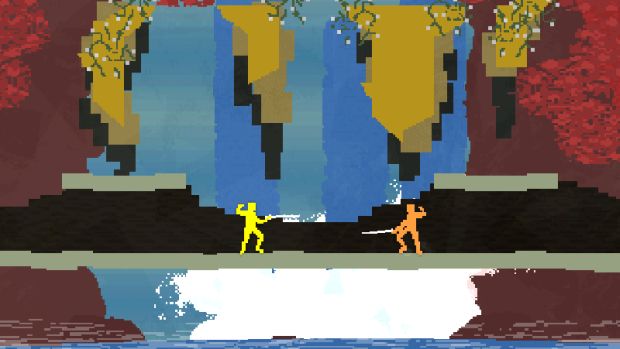 Messhof’s Nidhogg, a sword duelling and bizarrely competitive game will be heading to PS4 and PS Vita tomorrow in the United States. The ship date is currently October 14th according to the PlayStation Blog. No European release date has been set but it’s likely to be within this week itself.

Nidhogg is a fencing game where you and a friend compete to see who is consumed by a gigantic Norse serpent first (seriously). You’ll fight across multiple stages and expend multiple lives in order to emerge as the victor.

Those who pick up the game on PS4 and PS Vita will be able to take advantage of cross-buy support. Buy the game once on either platform and you’ll have immediate access to it on the other. Nidhogg is already available on the PC and garnered lots of critical praise so check it out this week if you’re seeking something simple but addictive on PS4/Vita.