A solid update for long-time fans and Automata-loving newcomers.

When NieR: Automata released in 2017, it was one of the most surprising and intriguing games of the generation. It contained a refreshing, fast-paced, and diverse array of gameplay mechanics to complement a deceptively deep story with multiple playthroughs required to see everything. It was easy to forget that Automata was a sequel to 2010’s NieR Replicant, which had multiple versions released depending on which console you played on and garnered altogether less praise than Automata, but Replicant has now been updated with Ver 1.2247…, a profoundly cumbersome name for a greatly successful remaster. It’s clear that the upgraded Replicant tries to narrow the gap between it and Automata, and while the new and old features don’t always mesh, nor does it ever really match Automata’s peaks, Replicant is a great new reason for any fan to jump back into NieR’s terrifying and high-octane world.

The vast majority of Replicant hasn’t changed in its transfer to new consoles. The visuals and performance have been much improved, but in content it’s mostly the same experience as it was back in 2010, specifically the version released on PlayStation 3. A short prologue sets up the events of the world more than 1300 years later, where you play as the older brother of a sick young girl named Yonah. At first, she’s not inflicted with anything concrete, more so a general illness, but soon she contracts something known as the Black Scrawl, which is rare and previously incurable.

"It’s clear that the upgraded Replicant tries to narrow the gap between it and Automata, and while the new and old features don’t always mesh, nor does it ever really match Automata’s peaks, Replicant is a great new reason for any fan to jump back into NieR’s terrifying and high-octane world."

While the attempt to find a cure is the general goal from the start, it’s not long until you’re roped into a bunch of other missions and questions to answer. The story is split into two parts separated by 5 years, though everything is primarily centered around Yonah and her illness, and the first half mostly acts as a setup for the second half’s journey instead of an entirely necessary part of the plot. I like the way the story is structured, making the most of its limited environments by sending you through them each multiple times with different goals and obstacles along the way. Not all of the environments are entirely unique, especially with some of the grassland areas starting to blend together, but they each strike a delicate design balance between being open and allowing you to traverse them quickly.

One of the key ways Replicant is somewhat more engaging than Automata is its impressive cast of characters. While the cast is relatively small, each is distinctly well-written, with notable arcs for almost everyone. Grimoire Weiss, the floating magical book that accompanies you, has genuinely funny quips for almost everything, and Laura Bailey as Kaine is a true highlight. The script is mostly the same with a few touch-ups, but the voice acting is deeply expanded, with most characters having more spoken dialogue from the original voice cast. The visuals overall are updated as well, and, while not up to par of brand new releases, they complement the story’s tone well enough to get by.

The story doesn’t hit as many of the philosophical notes as Automata and isn’t quite as interesting, but there is a lot of complexity and morality to explore, nonetheless. It’s easy to get lost in the lore of the world, especially given the different endings you can find through multiple different playthroughs. It’s not quite as fleshed out as Automata, where you could play the game as three different characters for each playthrough, but there’s still a lot of diversity in the ending possibilities, and it’s admirable how the game doesn’t throw all the information at you at once. 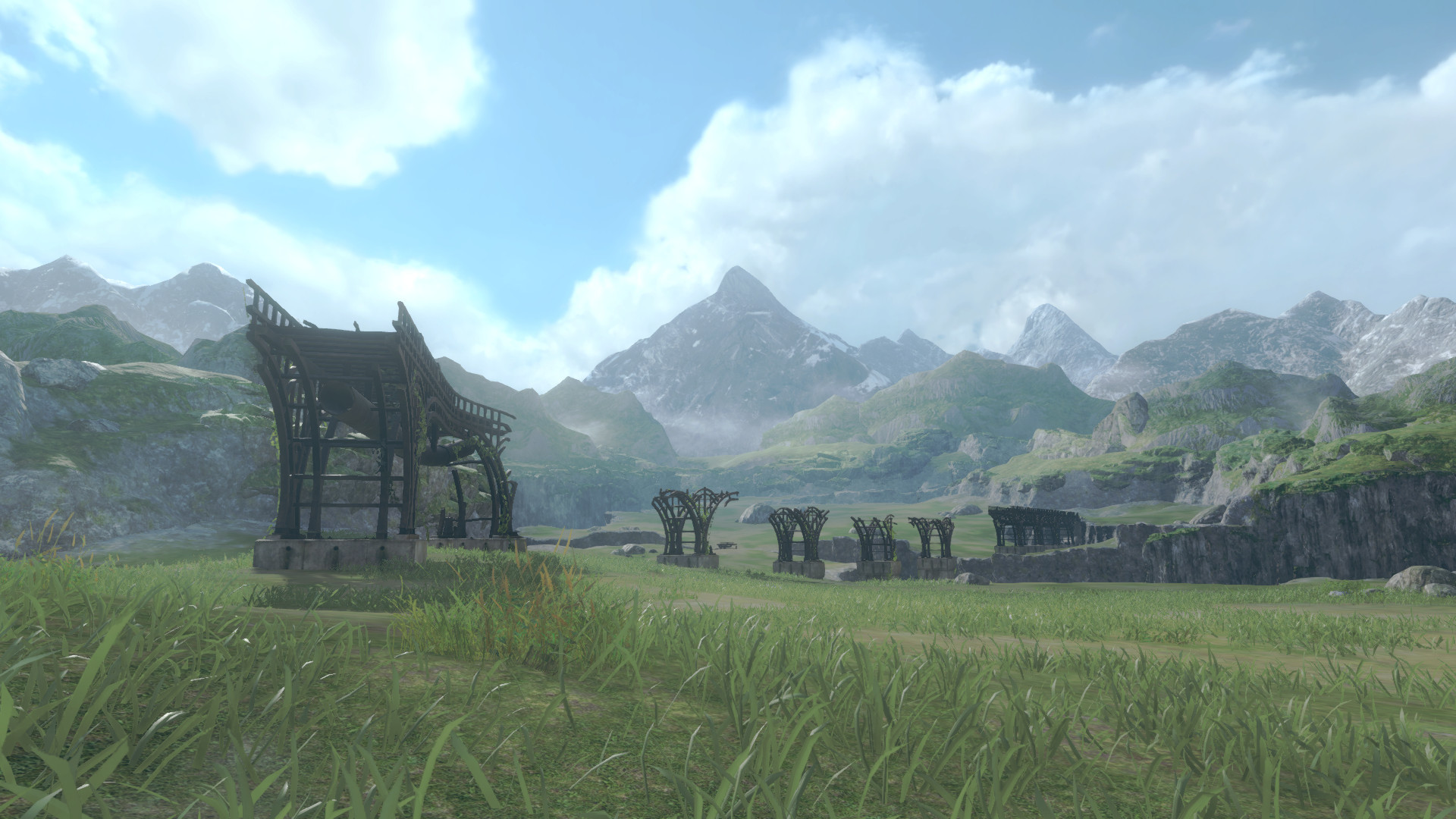 "The story doesn’t hit as many of the philosophical notes as Automata and isn’t quite as interesting, but there is a lot of complexity and morality to explore, nonetheless. It’s easy to get lost in the lore of the world, especially given the different endings you can find through multiple different playthroughs."

Gameplay has also not changed much from the original, though the updates do their best to bring Replicant up to par with Automata. While it prioritizes third-person action, Replicant includes interludes of everything from 2D sidescrollers to isometric action games. Regardless, the action consists of a mix between physical and magical attacks. Physical attacks are fast-paced and require you to block and dash out of the way of many different enemies and attacks at once, while magic is often more distanced and comes through the Grimoire Weiss book that follows you around. It’s directly comparable to Automata’s gameplay, so anyone who missed Replicant the first time around will feel the familiarity.

For the most part, gameplay is well-balanced, though there isn’t much diversity in enemy types. You’re mostly fighting either Shades or robots controlled by Shades, and I never felt the need to use much strategy other than button mashing and dashing away when they wound up. It’s frustrating that the game’s frequent way of encouraging you to use different play styles is to make enemies impervious to either physical or magic attacks, since it feels more like a cop out for a couple enemies at a time than any reason to really learn every type of attack. In the same way, I never felt like Replicant’s RPG elements were ever as fleshed out as Automata, since I rarely felt a need to upgrade any weapons or use any items aside from the basic Medicinal Herb. There’s a new auto-battle mode that matches Automata’s, as well, which is useful for those who want just a story focus, but even without many upgrades, I rarely felt much challenge aside from a couple of late-game boss fights. Most enemies go down quickly and have attacks that are easily avoidable with a simple dash, and it mostly turns into a battle of will.

Boss fights are easily the most unique gameplay experiences of the entire game, especially those who are big enough to make the scale feel epic. Aside from a few mostly scripted, story-focused ones, bosses are plentiful and highly unique. They often feel like true tests of your actual skills, though they as well are often highly forgiving and go down pretty easily. In the end, though, the sheer number of bosses you fight, as well as their diverse move sets and designs, make it feel like you’re always doing something new, and I looked forward to fighting bosses much more than casual combat. 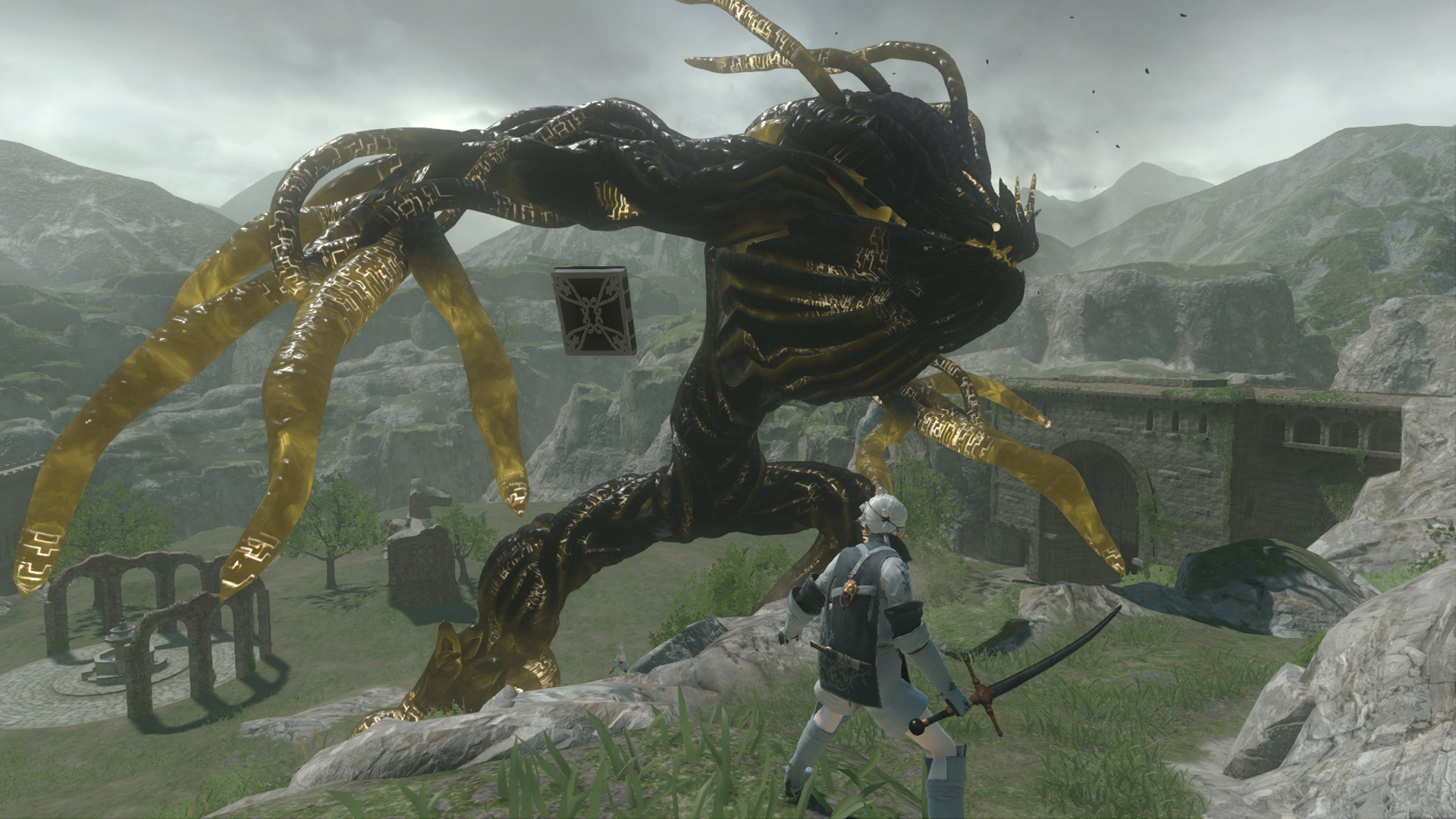 "Boss fights are easily the most unique gameplay experiences of the entire game, especially those who are big enough to make the scale feel epic. Aside from a few mostly scripted, story-focused ones, bosses are plentiful and highly unique."

It’s clear that the upgraded NieR Replicant is acting in the wake of Nier: Automata’s success, and while it isn’t as refined or fleshed out as Automata, it’s another great entry into the series for anyone who didn’t get around to it originally. Everything about gameplay, from the dual-threat combat to the switches between 3D action and other, more unique gameplay formats, will be familiar to anyone who’s played a NieR game before. The upgraded Replicant doesn’t reinvent the wheel or do much that the original’s 2017 successor didn’t, but it nearly lives up to the bar that Automata set so high.

NieR Replicant’s upgrades put it nearly on par with NieR: Automata, and while it doesn’t live up to the tight package Automata provided, it’s a great addition for anyone who missed it the first time around.

A copy of this game was provided by developer/publisher for review purposes. Click here to know more about our Reviews Policy.
Tagged With: Nier Replicant ver.1.22474487139..., pc, ps4, Square Enix, Toylogic, Xbox One