Posted By Kartik Mudgal | On 13th, Jan. 2012 Under News | Follow This Author @KartikMdgl 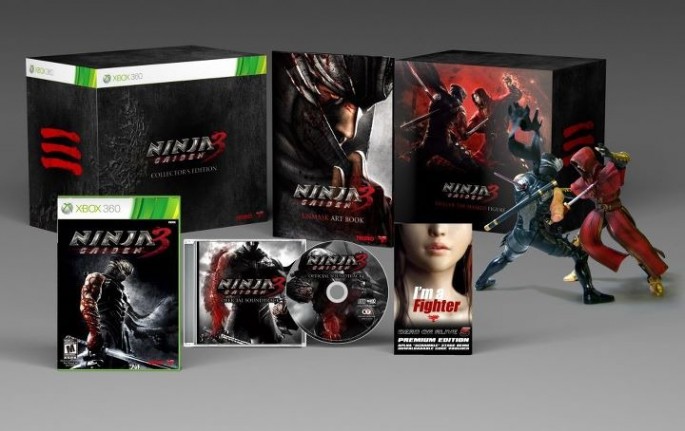 This is how the Ninja Gaiden 3’s Collecter’s Edition looks like. Tecmo Koei just revealed this recently and will also contain the Dead or Alive 5 demo.

The CE also features an awesome figurine and, game, an art book, and also a soundtrack disc.

The game will be released on March 20th for the PS3 and Xbox 360. The CE costs $99, and looks pretty reasonable purchase, especially for a Ninja Gaiden fan.