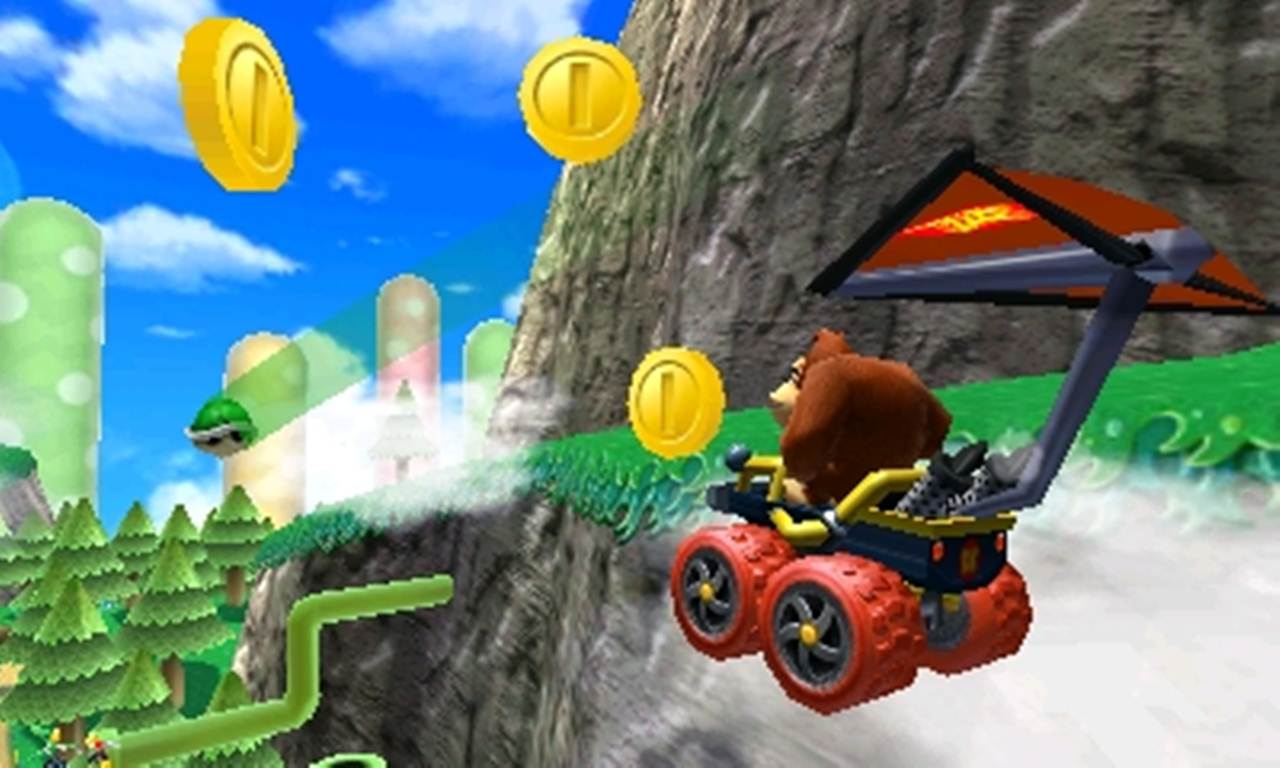 Here they are, as given by Nintendo, speaking at the 3DS only internet conference:

The new Community feature allows players to create groups with other Mario Kart fans while setting up specific rules to make customized racing environments. Easy setup allows players to quickly create a community and share with others via the StreetPass feature. Community leaderboards will also show the most up-to-date information from recent races. Solo players can race through the Grand Prix and Time Trial modes using either the Circle Pad layout or the motion-sensitive gyro controls of the system to steer their karts. The gyro controls also allow players to control their karts in a first-person perspective, a feature never before seen in the Mario Kart franchise.

Mario Kart 7 will also use StreetPass and SpotPass features built into the Nintendo 3DS system. Walking by other Mario Kart 7 players in real life with StreetPass enabled allows gamers to exchange racing scores, win/loss records, number of collected coins and other game data. With SpotPass enabled, players will be able to receive ghost data to race against. Up to seven ghosts can be downloaded at the same time, allowing for a full eight-player race. Additionally, a Mario Kart channel will be a central location for players to view information collected through StreetPass and SpotPass.

Every iteration of the Mario Kart series introduces new twists and turns, and this newest Mario Kart game is no different. New playable characters include Metal Mario from the Super Mario 64 game and Lakitu, the spectacled cloud-riding Koopa. Players can also choose to race as their own Mii characters. New power-ups include the Fire Flower and Super Leaf. The Fire Flower allows players to throw blazing balls of fire at other drivers, while the Super Leaf makes the Tanooki Tail appear on the back of karts to knock other drivers and items out of the way. And, of course, the karts come equipped with gliders for maneuvering through the air and propellers for underwater propulsion.

The Mushroom Cup and Flower Cup introduce eight new courses, including ones on Wuhu Island and one created by Retro Studios set in the jungles from the Donkey Kong Country Returns game. The Shell Cup and Banana Cup feature eight classic courses, including Luigi’s Mansion from the Nintendo DS and Koopa Beach from the Nintendo 64. There will be 16 new courses and 16 classic courses total.

Mario Kart 7 releases in December for the 3DS. Stay tuned for more info.