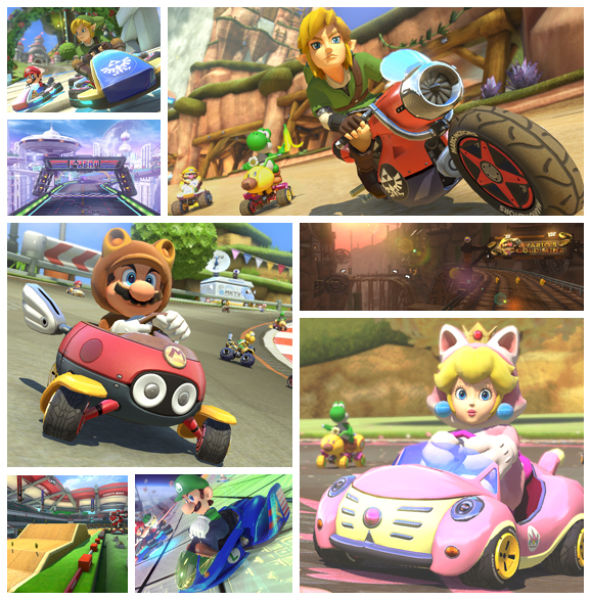 Mario Kart 8 is already getting a major update and some free DLC this coming Thursday- we’ve known that for a while. But Nintendo went ahead and announced even more DLC, two major packs for the game which expand its scope considerably and take the series in hitherto unforeseen directions.

Two new DLC packs have been announced. Collectively, they add 16 new tracks to the game, six new characters, and eight new karts. That’s already pretty major and substantial, right? Well hold on to your seats, because it gets better. Because you see, these DLC packs add crossover characters, courses, and content from other Nintendo properties such as Animal Crossing, The Legend of Zelda, Excitebike, and F-Zero. Yes, this is a thing that Nintendo is finally doing.

Each DLC pack will on its own cost $7.99, but you can purchase both of them as a bundle, and get them for only $12. If you purchase the bundle, you get new color skins for Yoshi and Shy Guy too. The first DLC pack launches in November 2014, with the second one scheduled for May 2015, a full year after the game’s initial release.