Nintendo Miiverse Arriving on PC and Smartphones in May, 3DS Version to Follow

Now comment and interact with communities on the go. 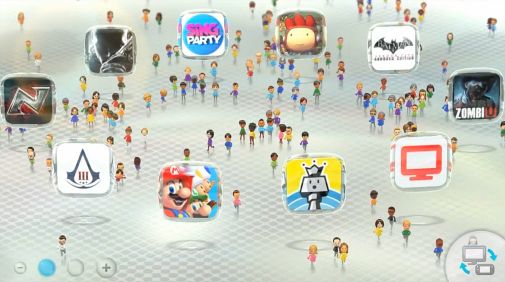 During a talk at this year’s Game Developer Conference, Miiverse producer Kiyoshi Mizuki stated that a PC and smartphone version of Nintendo’s social-esque interface will be arriving in May. Sort of like Xbox SmartGlass – but not really – you’ll be able to draw doodles, post on community boards and write comments.

A version of Miiverse is also in the works for the Nintendo 3DS, although Mizuki didn’t provide a release date yet. Interestingly, not all existing games and applications on the handheld will be Miiverse compatible. As of now, Mizuki is taking requests from devs as to what features they’d like to see in the next API update.

Overall, it’s not a bad strategy by Nintendo to concentrate on the social aspects of its online platform over the so-called “extra” functionality that SmartGlass brings to Xbox 360 games, although we expect the usual leaderboards to come into play. As of now, it’s a great step towards further integrating Nintendo devices into everyday life.