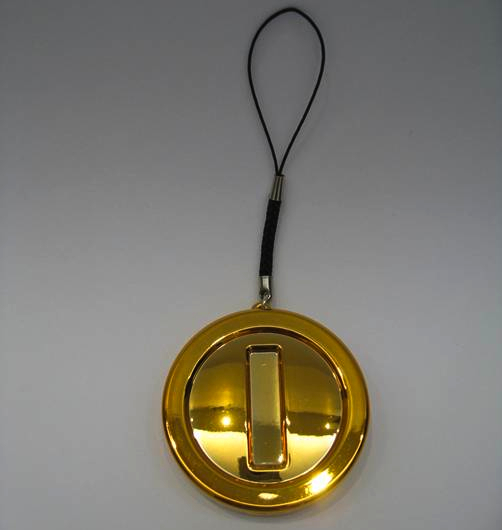 Running around the Mushroom Kingdom, collecting gold and saving ungrateful princesses, is hard work. But it sure makes for a fun experience, as the classic Super Mario Bros series has taught us time and time again.

This time around however, Nintendo is offering collectable solid gold coin cases for those who pre-order copies of New Super Mario Bros 2. It’s a one-off thing, however, so don’t expect to find these available separately after release.

And it actually is a fully functional case which can carry various small objects, including the New Super Mario Bros 2 game card. It would make an indelible piece of swag, though.

Those interested in rocking this coin case, plumber-style, can pre-order the game via Game or Gamestation. We take no responsibility in members of the opposite sex swooning over you after obtaining it, of course.

New Super Marios 2 will be available for the Nintendo 3DS on August 17th.