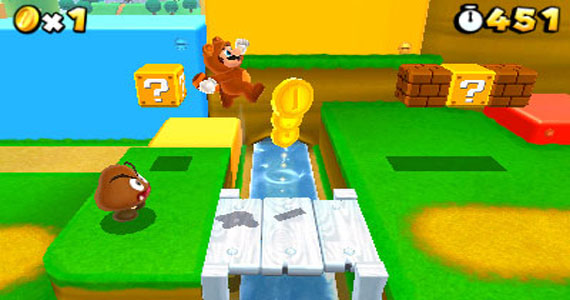 Super Mario 3D Land, which has been at the top (or near the top) of all charts- 3DS and all formats- ever since it came out in November, has now sold 5 million units, becoming the first 3DS game to reach the milestone. Mario Kart 7 is close behind, with 4,540,000 copies sold.

The third best selling game of the 3DS is The Legend of Zelda: Ocarina of Time 3D, selling 2,490,000 since its release last June. Capcom’s Monster Hunter Tri G is the fourth highest selling 3DS game, selling over a million units.

The Legend of Zelda: Skyward Sword, which came out in November last year, has sold 3,420,000 million copies globally. Wii Sports, now the Wii’s best selling game, has sold a whopping 79,160,000 copies, counting the millions of copies it must have sold when it was bundled with all Wiis. Bundled or not, this is an impressive figure indeed.

Nintendo recently announced plans to release a New Super Mario Bros. game for the 3DS. It will be out before April next year.