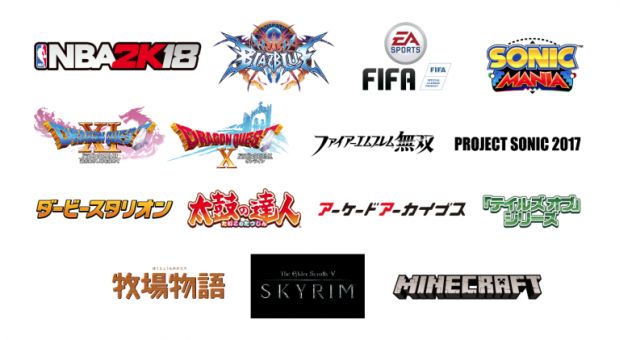 Nintendo Switch’s first party reveals may have been somewhat limited – even if Super Mario Odyssey, Splatoon 2 and The Legend of Zelda: Breath of the Wild look great – but there’s still plenty to look forward to.

Many of the names in Japanese were translated courtesy of NeoGAF and include Derby Stallion, Taiko no Tatsujin, Arcade Archives, Bandai Namco’s Tales of series and Harvest Moon. Overall, not a bad collection of support though we’re obviously looking forward to more.

The Nintendo Switch is out on March 3rd worldwide and will retail for $299. What are your thoughts on the console and its games thus far? Let us know in the comments below.