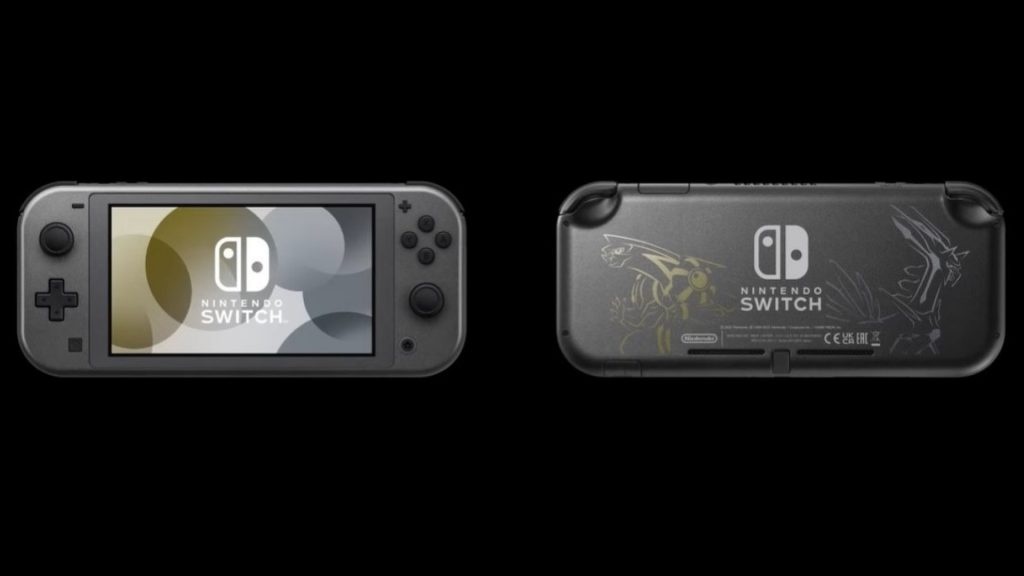 It’s hard to think of the last time a major new Pokemon game’s release wasn’t accompanied with specially themed hardware also coming out, and appropriately enough, Nintendo has announced a special edition Switch Lite to go along with the upcoming launch of Pokemon Brilliant Diamond and Shining Pearl as well.

The Nintendo Switch Lite Dialga and Palkia Edition will be a dark metallic gray variant of the console, with gold and silver art of the two titular legendary Pokemon from the games stenciled on the back. It’s fitting, really, because a similar special edition was also released for the Nintendo DS back when Pokemon Diamond and Pearl first came out fifteen years ago.

The Switch Lite Dialga and Palkia Edition will launch worldwide on November 5. Pokemon Brilliant Diamond and Shining Pearl, meanwhile, are launching a couple of weeks later, on November 19. Check out their recent gameplay deep dive through here, as well as major new details released for Pokemon Legends: Arceus through here.