This beast could hold the entire Switch library plus some. 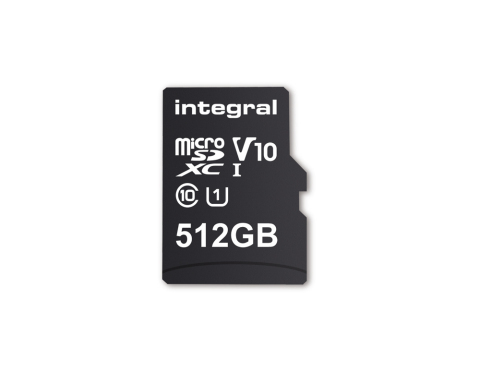 It wasn’t too long ago in human history when a 512 megabyte memory was considered a lot for an entire desktop computer, back in the  days before the cloud when there were people who actually owned a Zune. Here in the present of 2018 maybe we don’t have flying cars yet, but we do have memory storage the size of your fingernail that can hold half a terabyte.

Integral is releasing this fancy new SDXC UHS-I U1 format MicroSD Card, with a 512GB capacity, which outstrips the previous record holder, SanDisk’s 400GB card by a fair bit (though Sandisk still has the speed advantage by 20mb/s). This fancy format allows the card to write full HD Video from cameras, in case you were going to use in in one.

Of course, this also applies to the Nintendo Switch, which Nintendo smartly future proofed with the capability to read up to 2TB MicroSD cards. That kind of space age technology is years out, but it can do it! And this 512GB card can be used in your Nintendo Switch too. While there’s no price yet, considering that Sandisk one we discussed earlier fetches a cool $240 USD, this beast might run you about the same price as the Switch itself. It will be available to purchase in February.