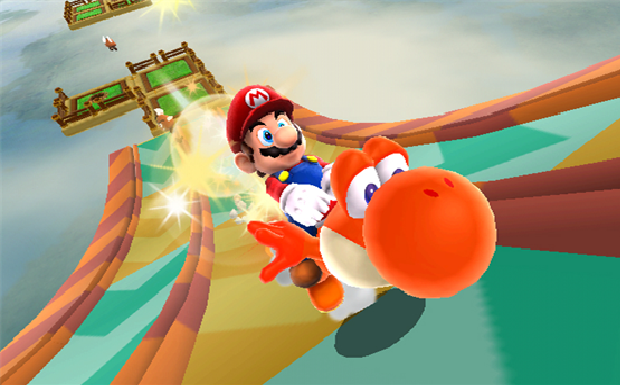 We recently sat down with Nintendo UK’s Head of Communications, Rob Saunders, and we got to talk of their future support for their systems.

We asked Mr Saunders if Nintendo will be taking the more hardcore approach with the 3DS- lately, they have been known to be shifting towards the casual market a bit, but the 3DS, with games such as Splinter Cell and Resident Evil, looks to change this perception. We asked him if with their new handheld, Nintendo will try to reclaiming the hardcore market.

To this, Saunders said, “I don’t think it’s so much about reclaiming them…  I think with a game like Mario Galaxy 2, for example, we’ve continued making those sorts of games and we still try to make games for as broad an audience as possible.”

“What we are trying to do with the 3DS launch line is to mirror that and show that there is an amazing breadth of software there,” he continued. “Whether you’re a more casual user and like Rayman or you’re a hardcore Street Fighter fan, whether you’re a football fan and love Pro-Evo or even if you just love stroking a dog, via Nintendogs and Cats, there’s something for you.

“It would be a pretty dull launch line up if it was thirteen shoot em’ ups or thirteen driving games. I think it’s about having something for everyone. There are always going to be people who aren’t happy or cry that a certain title isn’t there but, as we’ve shown at E3 and as Mr. Miyamoto said recently; there’s a Mario game coming, we’ve shown Zelda Ocarina of Time, Mario Kart will be there, those titles will come.  What we’d rather do is bring that title out when it’s finished, ready and brilliant, rather than rush it and bring out an inferior title.”

Nintendo also got nominated in the BAFTA’s, and regarding that, they said, “People who pigeonhole us as being ‘something just for kids’ or being all about shooting or fighting games should take a look at this list.”

In the very same interview, Saunders told us that Nintendo are already working on a new home console, which may include 3D. He also told us that the Ocarina of Time 3DS remake will be very “faithful” to the N64 original.