Nintendo had a great show that stood out even more in an otherwise dismal year.

This hasn’t been the best year for E3. Sony decided to sit things out entirely, EA was disappointing as is the norm, Bethesda’s showing was underwhelming outside of DOOM Eternal, Ubisoft was a bunch of CG trailers and Watch Dogs Legion, Square Enix admittedly had a fantastic demo for Final Fantasy 7 Remake, but then started to flag, and Microsoft, who should have far and away dominated headlines this E3, ended up being curiously limp.

All of this is to say, Nintendo had a pretty low bar to clear with their show. Just focusing on their 2019 lineup would honestly have been enough, which is something I said a few weeks ago too. That very low bar was cleared by Nintendo with their E3 Direct this year—though in all honesty, Nintendo would have had a good showing even if Microsoft hadn’t disappointed, or if Sony had attended and delivered the festivities.

Nintendo’s show was 40 minutes of no fluff and no nonsense, and literally just moving from game to game to game, showcasing the titles headed to the Switch in its already packed second half of the year (now grown even more packed), as well as beyond. Outside of a short, charming skit introducing Doug Bowser, the new President of Nintendo of America, early on, the emphasis was squarely on the games. And there were a lot of games shown: Marvel Ultimate Alliance 3, Fire Emblem Three Houses, Luigi’s Mansion 3, Pokemon Sword/Shield, Daemon X Machina, Astral Chain, Animal Crossing: New Horizons, and The Legend of Zelda: Link’s Awakening all got a peek in, and mostly got release dates announced if they didn’t have them attached already. The games all look predictably great, so that even the slight delay of Animal Crossing into March next year did not sting as much as it would have otherwise.

First party games aside, Nintendo had a lot to show on the third party front as well: Spyro: Reignited Trilogy is coming to the Switch, to no one’s surprise, Sega’s classic and beloved Panzer Dragoon is getting a Switch exclusive remake, Microsoft has added a bunch of more games to the Switch’s library with New Super Lucky’s Tale and Minecraft Dungeons, Contra Rogue Corp is a brand new entry in the classic action franchise, No More Heroes 3 got officially confirmed and is coming to the Switch, and in what was Nintendo’s big coup de grace, The Witcher 3: Wild Hunt Complete Edition, which means the seminal generation defining open world RPG along with both of its expansions, is coming to the Switch.

The Witcher 3 in particular is a big get for Nintendo, and possibly the most significant third party game they have procured for the Switch so far. The massive, critically acclaimed open world title was a technical showcase for the then-new next generation PS4 and Xbox One in 2015, and it is one of the most beloved games of all time. To have this game on the Switch is not only a major addition to the console’s library, but also a technical achievement that shatters previously held notions of exactly what games can and cannot run on Nintendo’s hybrid.

But The Witcher 3 isn’t even the biggest announcement at the show. We’ll get to that later, but first let’s talk about Super Smash Bros. Ultimate. It’s getting Banjo Kazooie as a DLC character. Banjo Kazooie are, again, something most people didn’t imagine would happen: though the series is best known for its Nintendo 64 games, it is now owned by Microsoft, who bought Rare years ago, and it seemed unlikely Nintendo would want to headline a competitor’s IP in their flagship game. And yet, here we are: Banjo Kazooie are in Smash at long last, and they look great, and right in place next to the game’s enormous 75 character+ strong roster. It was a great, sweet, fan-service announcement, and Nintendo could have chosen to stop there. 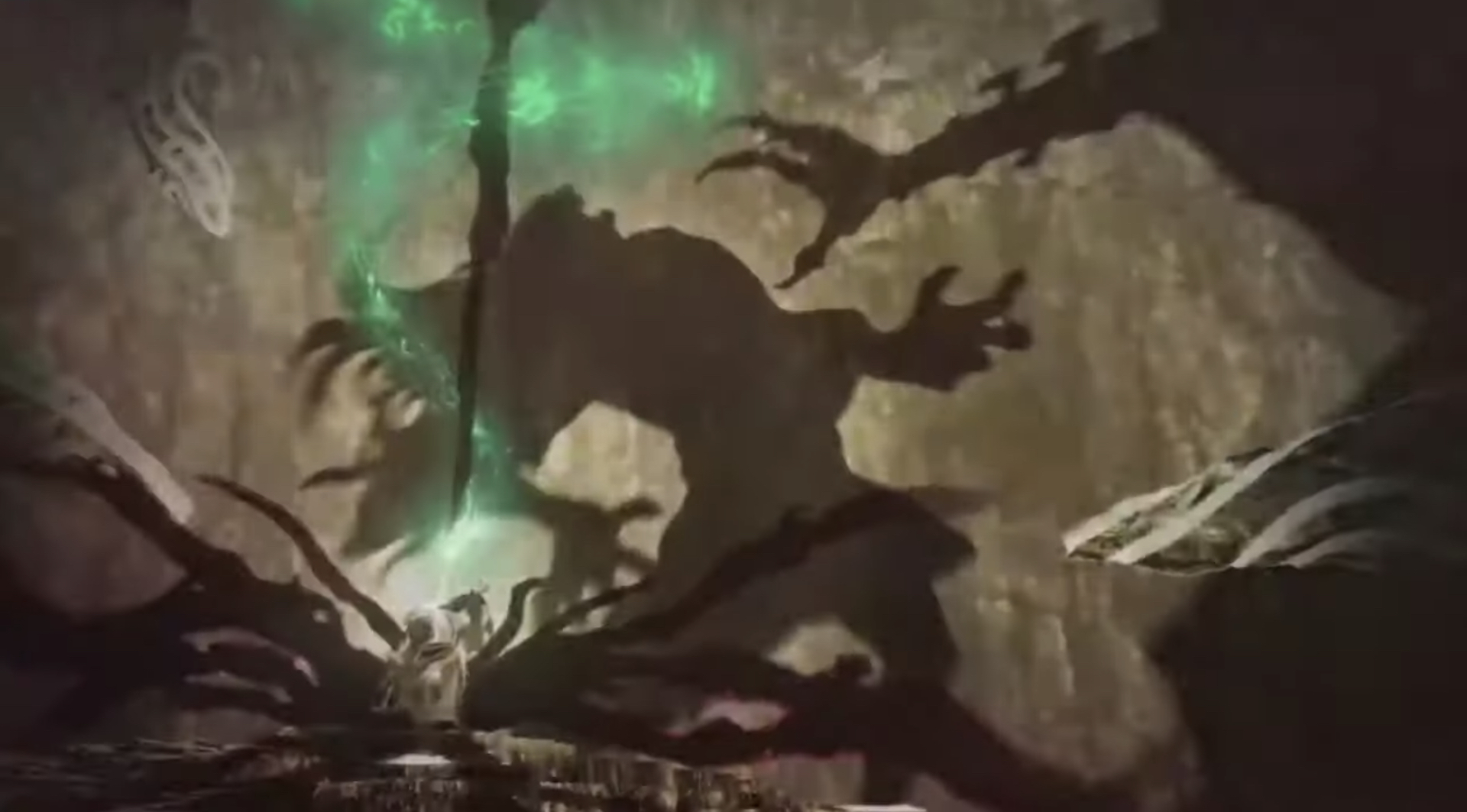 But they didn’t, and instead, we got one final tease for them. A dark trailer that at first seemed a bit unrecognizable, but was soon revealed to be a brand new 3D Zelda game, a direct sequel to the generation defining Breath of the Wild. It looked dark and twisted and though I remain unconvinced that early reveals of this sort do more harm than good, showing the direct sequel to one of the best games ever made as the closer to your E3 show will bring the hype.

Which it did, and in the end, it’s hard to actually take much issue with Nintendo’s show. They had some surprises, they spent the appropriate amount of time on their upcoming games, most stuff got release dates attached to it, they had a healthy smattering of third party and indie games in the mix, and they had a lot of crowd pleasing moments. It’s not Nintendo’s best showing ever, but it definitely is their best one since 2010, and easily the best show of E3 this year.

For now, the future of Switch looks bright, and it’s clear that there will be no shortage of things to play on the system for a long time to come.