Nioh 2: 5 Things That Must Be Improved

How could Team Ninja improve on an already stellar game? Here are a couple of ways.

I spent plenty of time on Team Ninja’s Nioh, eventually overcoming its challenges and embracing the aesthetic, combat and loot mechanics. Had I actually played it last year, it would have been a strong contender for my personal Game of the Year. So to see Nioh 2 announced at E3 2018 was perhaps the cherry on top of a stellar few days. That being said, I feel it’s a good time to discuss some of the changes I’d like to see in Nioh 2. Let’s take a look at five such changes here. 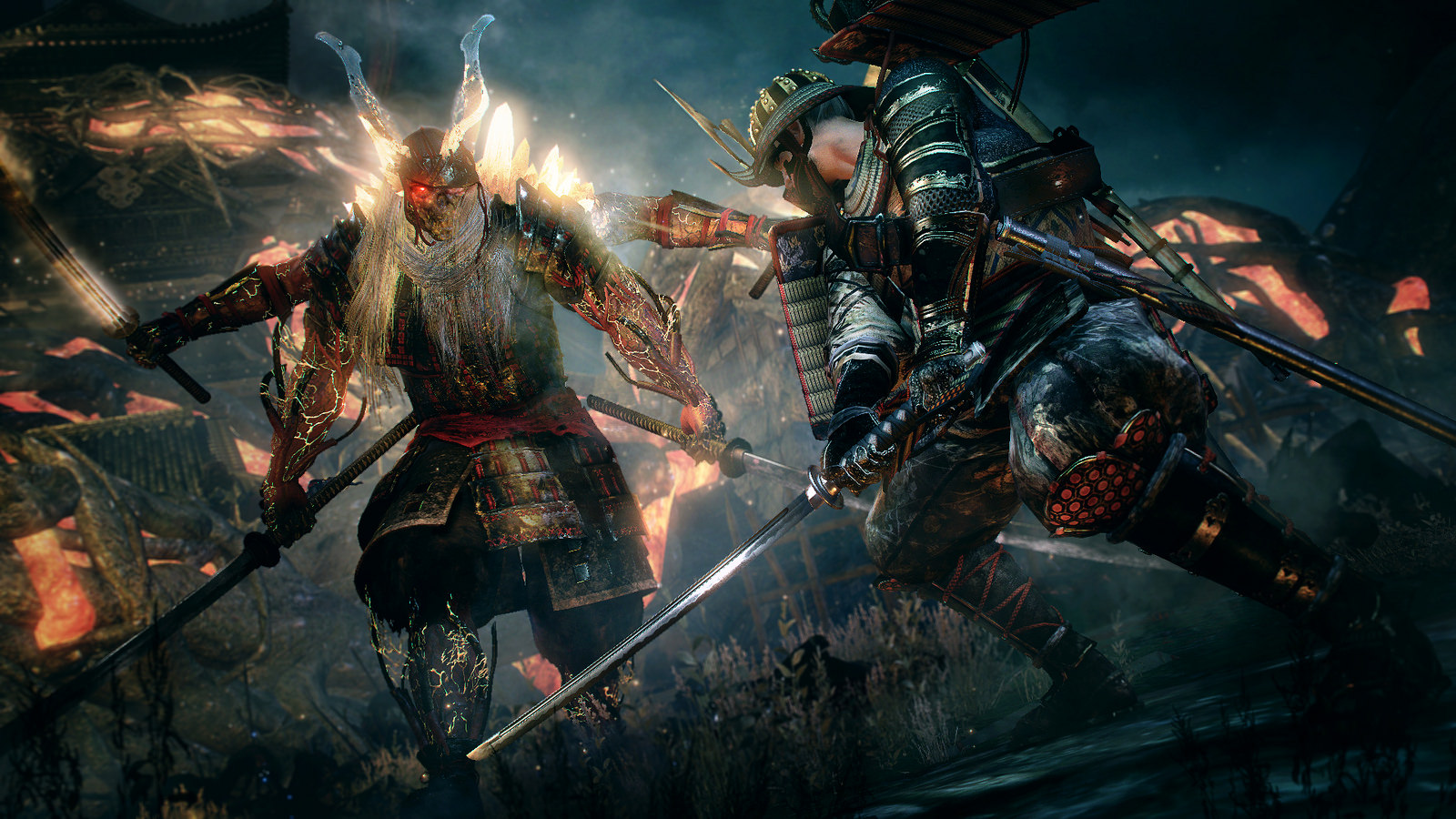 Having a loot-grinding aspect in Nioh was unique, especially within the context of the Souls-like genre. However, it really felt like the game could use more personalized weapons with unique traits that made them worth grinding for. Rather than completely randomizing almost all the stats (except, of course, the element of a weapon like Raikiri), why not go full Diablo and give them an actual trait? Such a thing did occur when set bonuses were accrued but I’m referring to the weapon alone granting the bonus.

It doesn’t even have to be anything major if the emphasis on proper builds, the Change to Attack/Defense (Stat) and so on must be enforced. Plus, you can still have junk weapons with their higher damage outputs as the player levels up. More personalized weapons will give players something to grind for in the end-game, especially when the gear sets have been determined.

Another step for making a weapon feel more personal could be unlockable lore a la Nier: Automata. Level up the Familiarity of a personalized weapon enough times and you learn more about it. This is already seen with different enemies and other aspects in Nioh so replicating it for Nioh 2 shouldn’t be impossible. 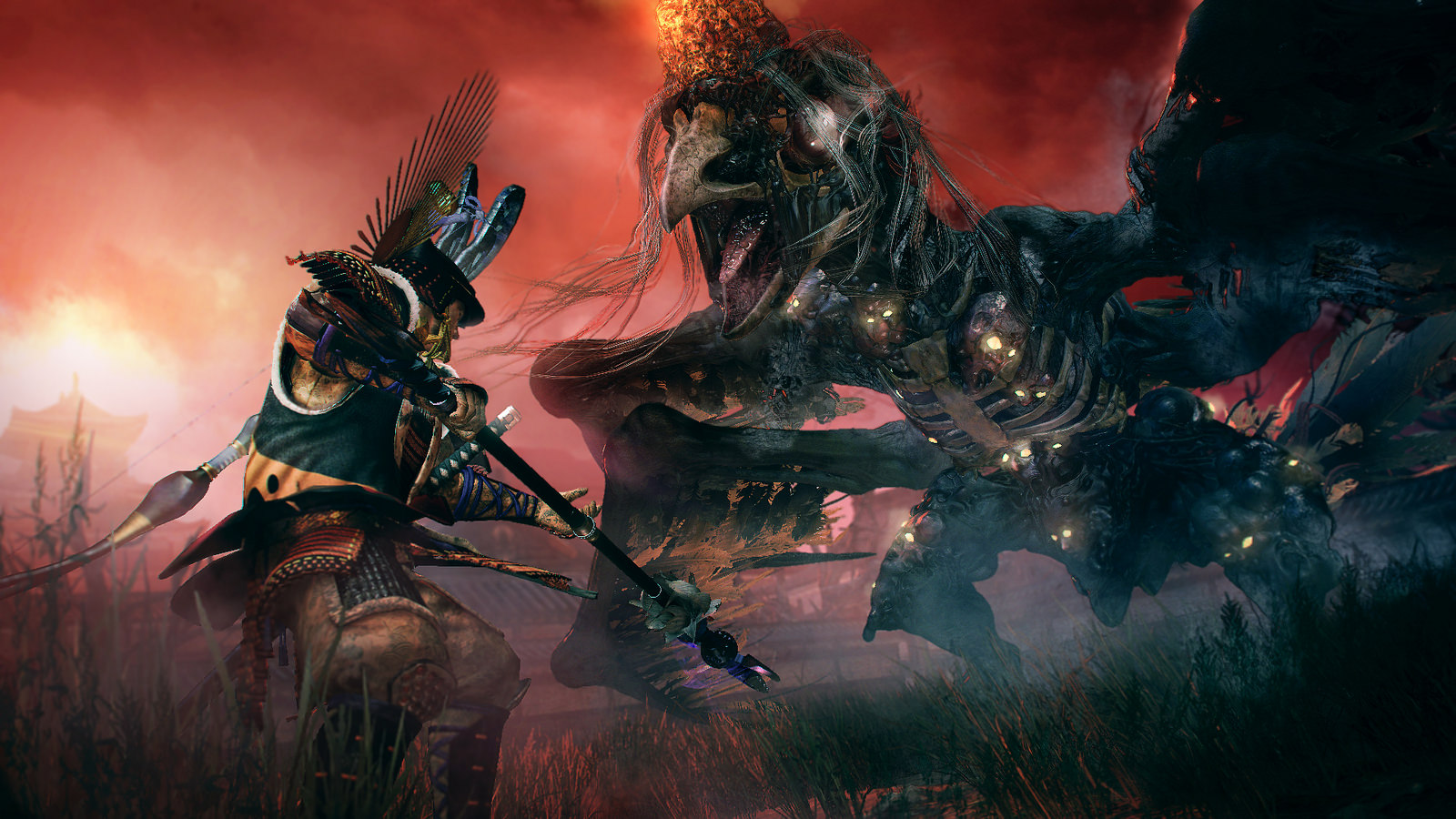 Once again, the loot-grinding aspect of Nioh is pretty much understood. The economy of why it’s done is understandable – give the player tons of loot and whatever they don’t want to keep can be dismantled, sold for currency or offered at the Shrine for health items. All of that is fine. The problem is that the quantity of junk loot tends to clog things up. When you’re slogging through the Abyss, annihilating hundreds of foes, there comes a point where you’d like to see more quality drops as opposed to quantity.

A decent fix would be to increase the quality of loot (of course). However, to further incentivize giving away any drops that players won’t want to keep, have health items from the Shrine be guaranteed for, say, Exotic or Divine weapons. The randomness of the process adds to the challenge for sure, but even if you’re not going to guarantee health items to offset the reduced junk, at least increase the percentage chance of receiving these (and other) useful items.

Would it be possible for a game to identify the weapon you’re most familiar with and prioritize better drops in that category? One would certainly hope, especially in what’s effectively a class-less set-up. Even if the quality to quantity ratio of loot remains the same as the first game, Nioh 2 could offer better inventory management. Filters are already in the base game but why not add the ability to group certain types together, select that group and decide whether to offer it all up, store it, dismantle it, and so on? Even with more quality loot drops, the less scrolling through a long-running list, the better. 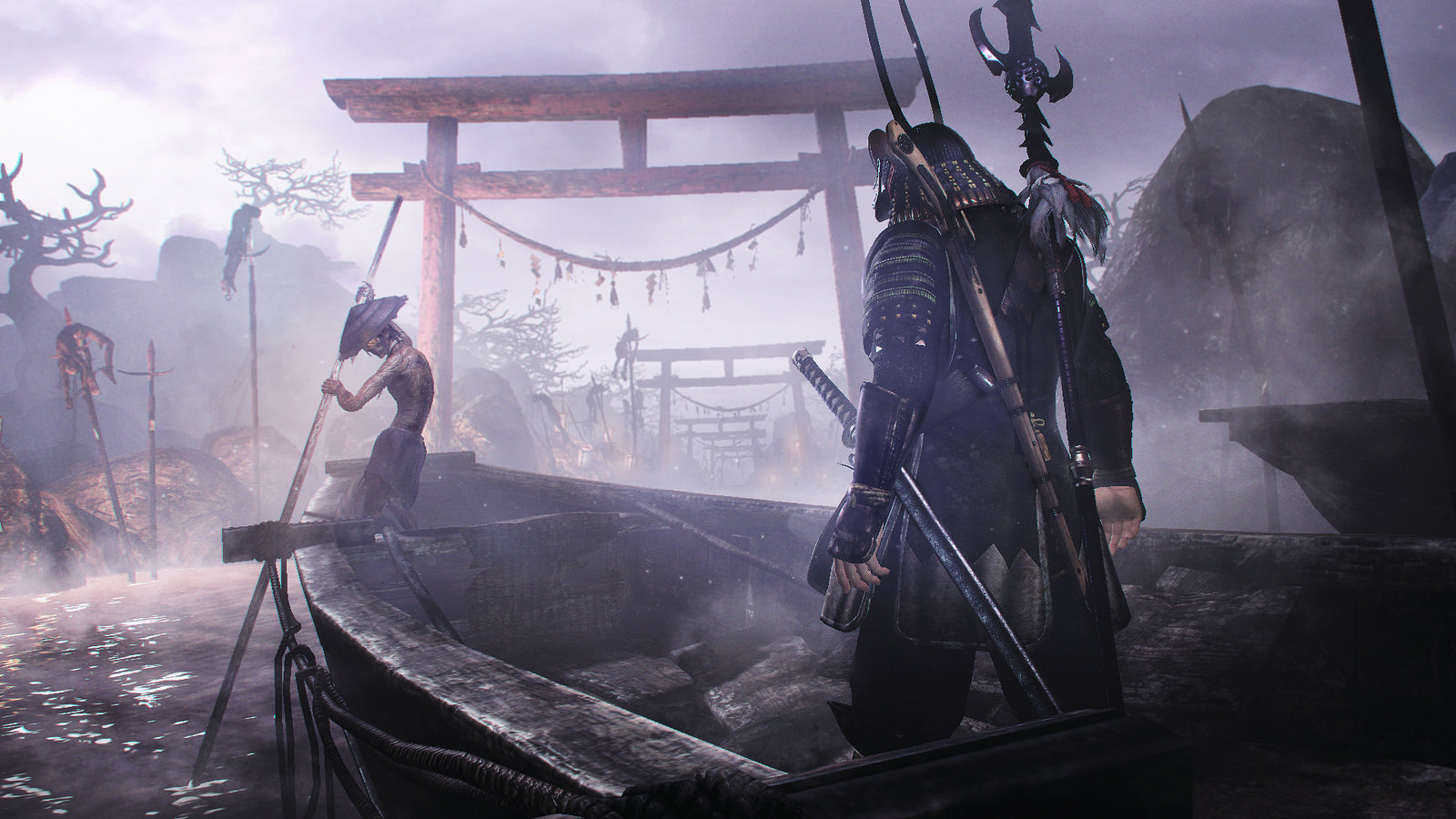 Having multiple New Game Plus options (aka “Ways”) to manoeuvre through Nioh has its own appeal. Then there’s the Abyss, a 100 hundred “floor” end-game activity that challenges you with random modifiers for its different stages which, when cleared, toggle off various modifiers for the boss. The Abyss is a cool, unique take on Diablo‘s Rift system, offering up more freedom to players who either want a challenge from bosses or a means to farm. Then there are the tougher bosses you can fight like Yuki-onna and Nobunaga together.

That being said, Nioh 2 needs more. Give us Bounties which reward different items and even unique weapons when completed. Mission-specific rewards are already a thing but these should be expanded further. Why not have the option to add special modifiers for missions besides Twilight Missions? The Ochoko Cup system is all well and good for increasing the chance of Divine drops. But how about just providing modifiers, perhaps in a separate playlist, that add two fun mechanics while adding a negative mechanic? You could deal increased damage with Mid Stance attacks and have double stamina but have to traverse from, say, one blessed pool to another to prevent “corruption” from draining your health. Not exactly top-tier game design but you get the idea.

Also, why not have a boss rush mode as well? Just one boss after another to see how long the player would survive. Throw in some modifiers for that – no resupplies, damage carries over, reduced Living Weapon recharge – and let players increase the difficulty for better drops and maybe even some unique rewards (like the Body Transformations in the first game). There could even be Event Bosses which players must battle for a set amount of time and deal X amount of damage. Based on the damage dealt when the event ends, rewards are doled out. 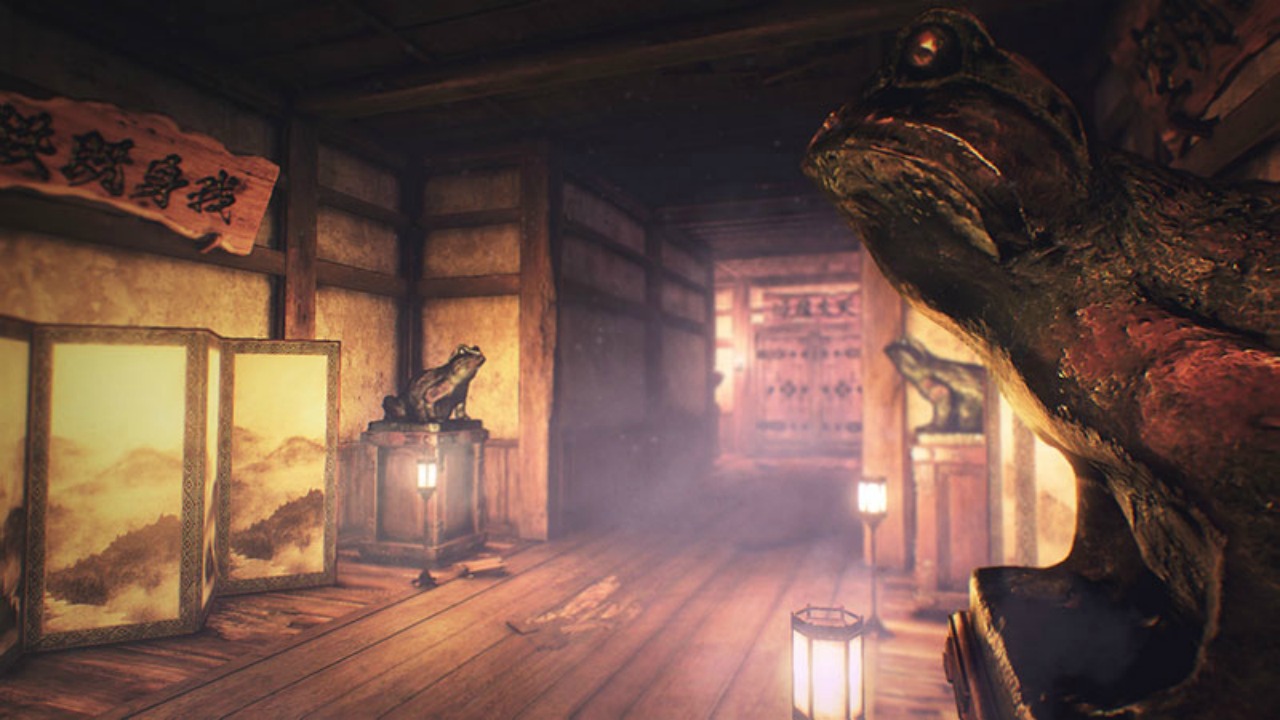 For all intents and purposes, Nioh isn’t Dark Souls. Its combat may embody certain Souls-like aspects but the game could pass for a more grounded and methodical Ninja Gaiden. I recognize that Nioh 2 doesn’t need to have interconnected areas a la Dark Souls but it does need some changes to its environmental design. There’s only so much one can do with Feudal Japan but I’d like some more variety. And not “variety” in terms of looks – give me different kinds of challenges. Give me large cityscapes with unique twists (perhaps fighting on boats while moving from one place to another). Give me more fantastic locales that can defy logic.

Expand the Yokai realm into its own entity, providing demonic structures, cities and denizens. In fact, why not make the Guardian Spirit realm a thing as well? The more interesting environments, the better. Also, while the cutscenes in Nioh were a decent break in the action, I feel there needs to be more consistent story-telling from main-mission to side-mission to main mission. If a more fragmented approach is what Team Ninja has in mind, then by all means – let me piece this fantastic story together myself. Perhaps there’s a happy balance somewhere between “telling a story” and “make it all up” but I’m hoping for something that involves the player more. Build better characters to get players invested or present fantastic lore for them to figure out. 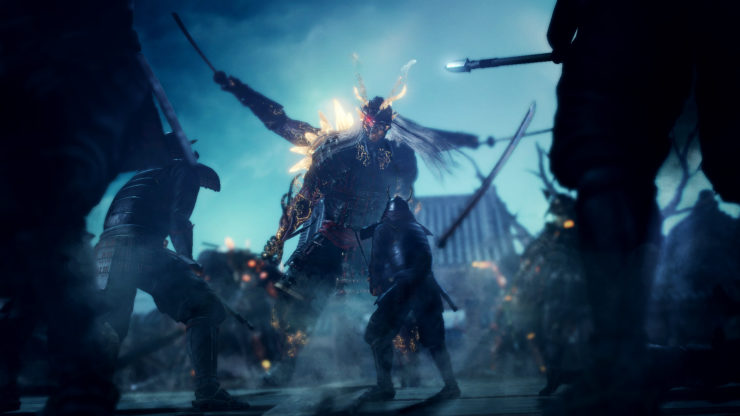 Nioh actually had some pretty decent enemy variety but it also helped keep things fresh by adding new moves and attacks to reskinned foes, thus slightly changing up the tactics required to kill them. It also doesn’t hurt that the foes themselves are recognizable enough that they could be massive threats even 30 hours into the game. The Raven Tengu is one such notable (and hated) example.

Team Ninja further expanded on the enemy types with its DLC and it would be great if that variety could carry over into Nioh 2. However, the sequel doesn’t just need more enemy types for the sake of it. It needs more variety in tactics, move-sets and scenarios where these enemies could thrive. Even if enemies do end up being reskinned, seeing more nuanced tactics emerge than before will just make the long haul that much more enjoyable. Heck, provide a new version of the Raven Tengu just to really make one reassess their priorities.