Nioh 2 Wiki – Everything You Need To Know About The Game

Everything you need to know about Nioh 2.

Nioh 2 is an action role playing game developed by Team Ninja and published by Koei Tecmo.

Nioh 2 was first announced in June 2018 at Sony’s E3 press event. An open beta for the game went live in November of the following year. During the game’s beta (and its preceding alpha), Team Ninja took plenty of player feedback into account to make adjustments to the final game.

Koei-Tecmo said in September that Nioh 2 would launch in early 2020. Shortly afterward in October 2019, the publisher announced that the game would release on March 13 the following year.

Koei-Tecmo also confirmed in January 2020 that Nioh 2 would have a Season Pass for the game by way of post-launch support. Similar to the first game, Nioh 2’s Season Pass contains three DLC releases, each coming with new story content, new characters, missions, weapons, abilities, and more.

Nioh 2 is set in a semi-fictional / semi-historic Japan in the late 1500s, and serves as a prequel to its predecessor. Unlike the first game, Nioh 2 doesn’t have a pre-defined character, and instead allows players to create and customize the yokai character they play as. The game’s story sees the main character and their companion Toukichiro going up against historical warlord Toyotomi Hideyoshi, who is shown as two separate people in Nioh 2’s fiction. 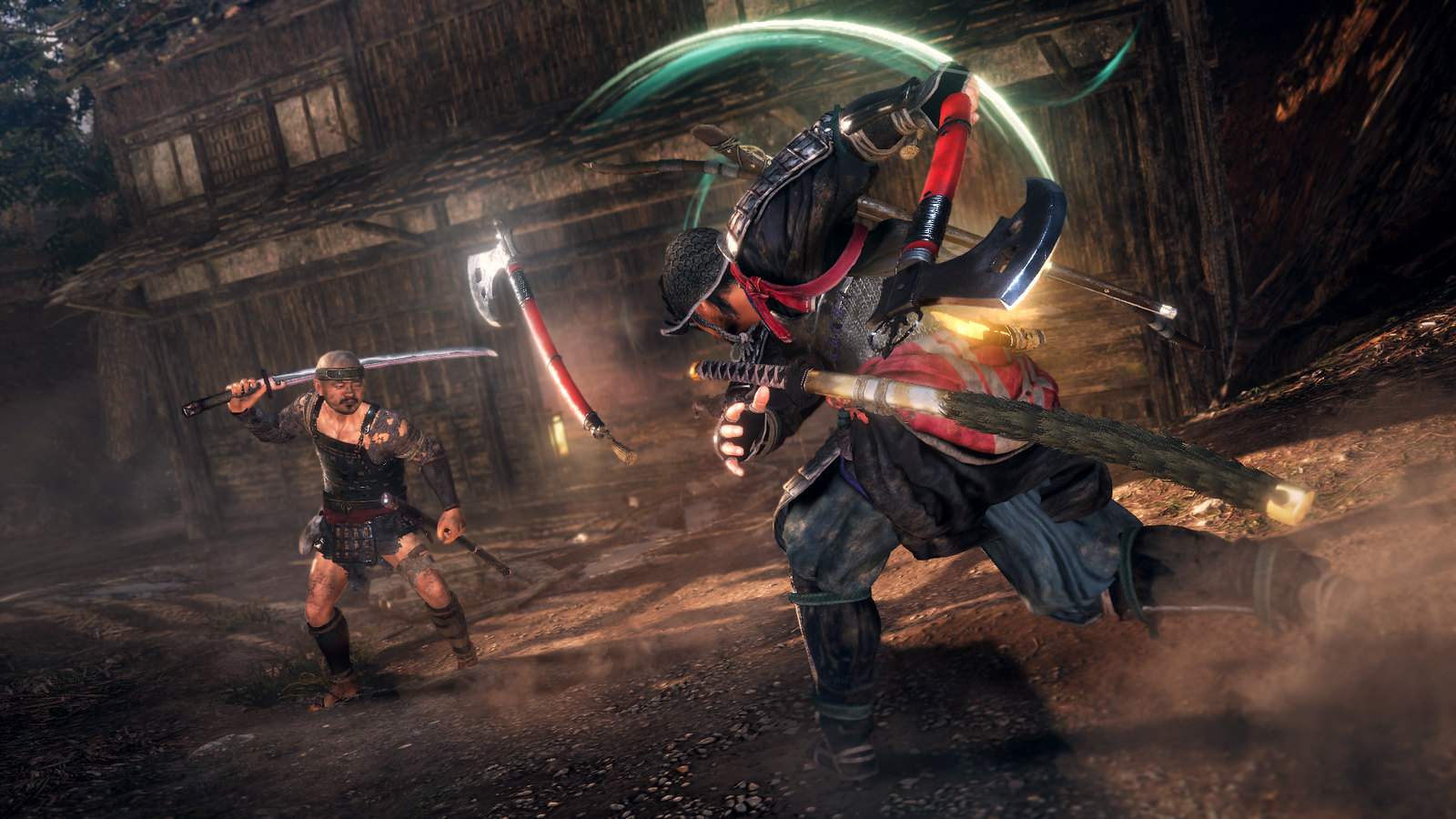 Like its predecessor, Nioh 2 is an action role playing game that makes use of mechanics similar to the Dark Souls series. While the game’s core mechanics are similar to what the previous title introduced, Nioh 2 also introduces several new features of its own. For instance, owing to the fact that players play as a yokai character, it is possible to switch to yokai form during combat to use different abilities and attacks. Upon killing other yokai creatures, players absorb their Soul Cores. If these can be brought to shrines before the player dies, players get access to the powers of the yokai creature in question.

Unlike the first Nioh, which featured William as the primary protagonist, Nioh 2 does not have a pre-defined character in its lead role, and instead allows players to create and customize their own character through a character creation system at the beginning of the game. Players can also share their created characters online through codes for other players to use.

Nioh 2 also makes several changes to progression, the most radical being in how significantly it expands upon the skill tree. Each weapon has its own skill tree, and unlocks various abilities and passive buffs. Meanwhile, the player character also has skill trees of their own, each dictating and entailing different disciplines, for a total of four. These four are Ninja (which governs stealth, applying poisons to weapons, and throwable weapons), Samurai (which governs Ki pulses and Fortitude), Onmyo magic (which governs magical abilities, which are used through Talismans), and Shiftling (which covers all yokai-related powers and abilities).

Nioh 2 allows players to use various different weapons, including ones returning from the first games, and new ones that have been added in. Each weapon comes with their its unique advantages and disadvantages, and each with its own skill tree to progress them further, as mentioned earlier. The more a player uses a particular weapon, the more they ear Familiarity with it, and the more their stats with that weapon increase. Each weapon also has specific stat bonuses. Some of the weapons and their stat bonuses are axe (+1 stamina), Switchglaive (+1 constitution), hatches (+1 skill), Tonfa (+1 courage), dual sword (+1 skill), spear (+1 constitution), sword (+1 heart), Kusarigama (+1 dexterity), and Odachi (+1 strength). 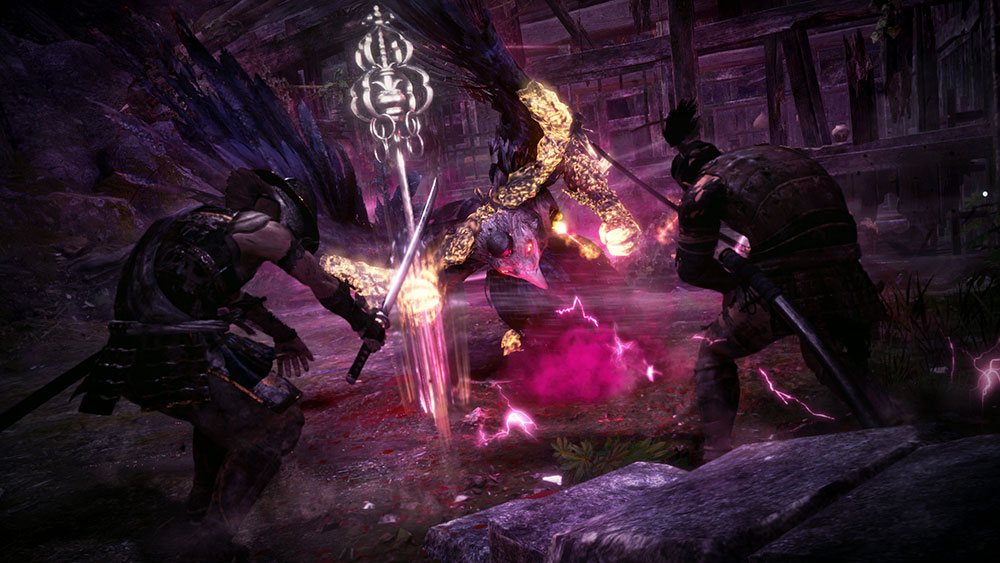 Nioh 2 also retains the challenging nature of its predecessor combat, though players can summon avatars of two other players – which are controlled by artificial intelligence – to aid them in combat. This is done in a location called Benevolent Graves. It builds upon the concept of Bloody Graves from the first game, though as opposed to that – which summoned only plain avatars of other players – Nioh 2 summons avatars that also have all the skills, equipment, and gear of that player.

Nioh 2 also significantly expands upon its predecessor in terms of co-op play. While the first Nioh allowed for co-op play for a total of two players, Nioh 2 allows up to three player co-op. Co-op sessions have a greater number of enemies to maintain the balance of difficulty, accounting for more players. Meanwhile, any loot found in the world or dropped by enemies is also instanced individually for each player, while shrine access can also be done individually. Nioh 2 also has a co-op gauge- if a player should die and they are not revived by a teammate before the gauge depletes, they stay dead, and cannot then be revived.