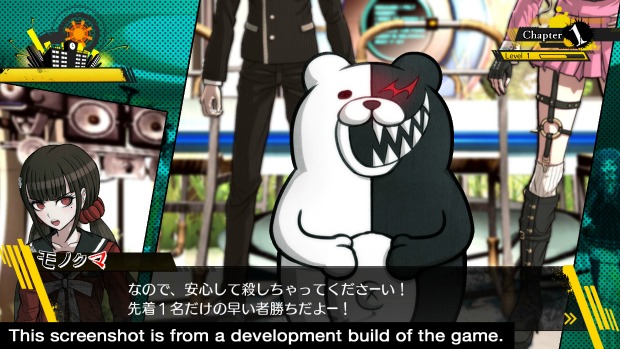 Rejoice all ye faithful, for the time of Electronic Entertainment Expo is nearly upon us. E3 is built on bringing out the big guns to try to one-up the competition, and while small, NIS America hopes to surprise you with what they have up their sleeve.

While already promising to bring attendees hands on time with several games, including Disgaea 1 Complete, Labyrinth of Refrain: Coven of Dusk, SNK 40th Anniversary Collection, and the Switch version of Ys VIII, they also tease new announcements to come that they hope you’ll get hyped by.

While NIS is of course a smaller company with a set focus on more niche Japanese titles, there is some high profile stuff they might surprise us with, including more information about SNK Heroines, or perhaps as of yet unannounced ports or continuations of series such as Danganronpa, RPG Maker or PSYCHO-PASS. Stick to Gamingbolt as we report on all the best reveals from E3 2018.

The Overlord is dead. The Netherworld is in turmoil. Time to kick some ass! Netherworld Prince Laharl awakens to fight for his throne and it’s up to him and some unlikely allies to defend what is rightfully his. Together with his devious vassal Etna, the angel trainee Flonne, and a whole cavalcade of explosive characters, Laharl will slash, shoot, and punch his way to the top. Build your squad to level 9999 and unleash crazy special skills, team attacks, and spells to deal millions of points of damage in this zany high-definition remake of an RPG classic.

Beneath a small town lies an endless maze known as the Labyrinth of Refrain. Dusk Witch Dronya arrives, and with her puppet soldiers, endeavors to find something buried deep within. Embark on an adventure as you discover the secrets underground. What treasures will you find? What terrors will you encounter?

The arcade comes home in this amazing collections from the earliest titles in SNK’s illustrious catalog. Celebrating 40 years of titles that changed the landscape of arcade and console libraries across the world, available for the first time in one collection! Pixel-perfect and chocked full of special features like saving anywhere and rewind, all with an enormous gallery of rare and detailed production notes and materials. Take the arcade with you wherever you go with the definitive early SNK arcade collection!

Ys returns with a brand new adventure for the first time in 8 years! Adol awakens shipwrecked and stranded on a cursed island. There, he and the other shipwrecked passengers he rescues form a village to challenge fearsome beasts and mysterious ruins on the isolated island. Amidst this, Adol begins to dream of a mysterious blue-haired maiden living in a unknown world. Join Adol as he unravels the riddle of the cursed isle and the blue-haired maiden Dana!