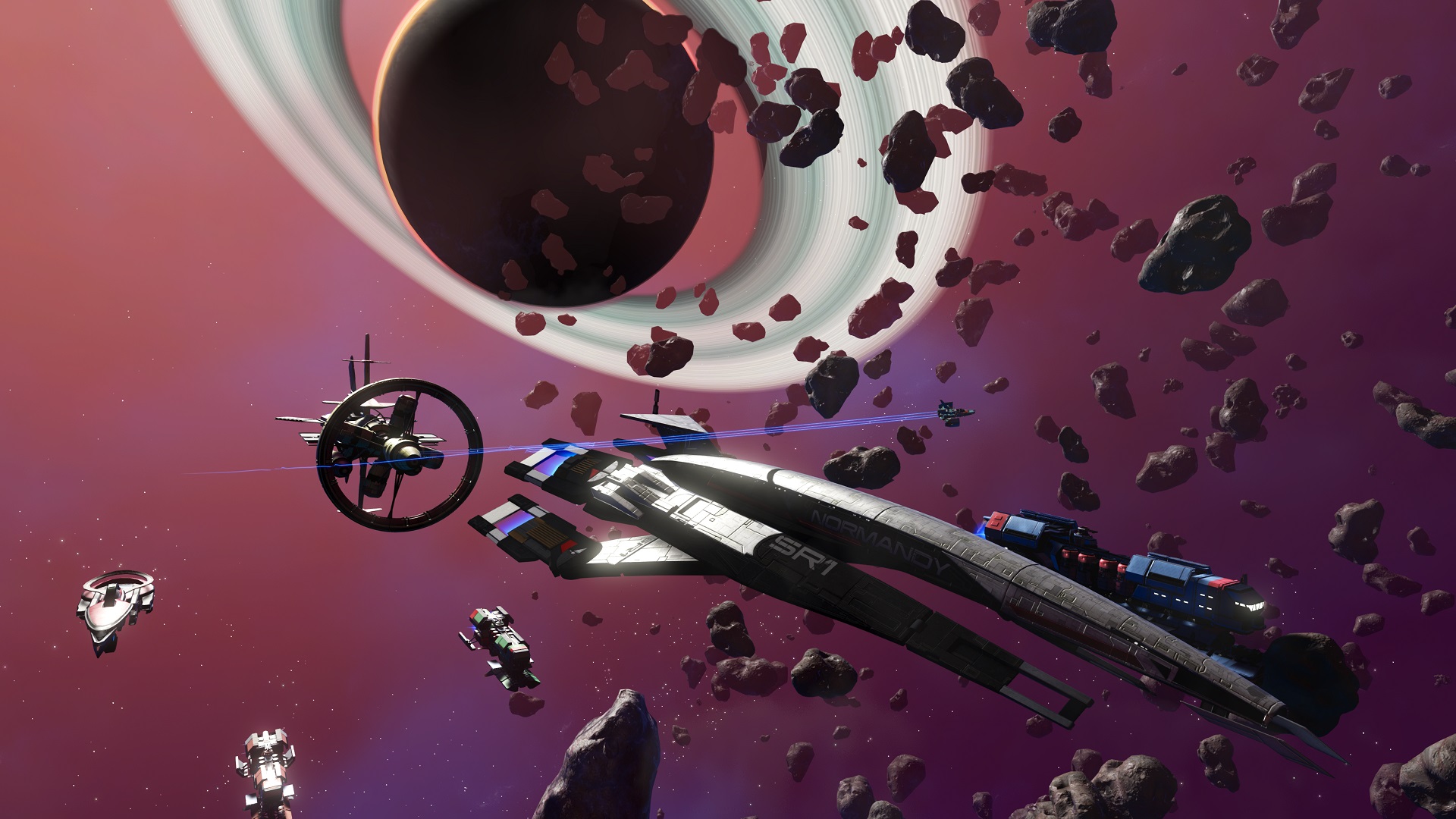 No Man’s Sky recently went live with its Beachhead Expedition, and as it turns out, it packed a lot more than you may have guessed. Hidden away as a secret easter egg in the update was a very cool crossover between No Man’s Sky and Mass Effect.

Specifically, players have been able to figure out the use of the mysterious object known as the Historiographical Dosimeter, which leads to the unlocking of the SSV Normandy SR1, the iconic ship that Commander Shepard and crew use in the first Mass Effect. As you might expect, this is in celebration of the recent launch of Mass Effect: Legendary Edition.

“We are thrilled and flattered that BioWare and EA let us pay tribute in this way,” writes Hello Games boss Sean Murray. “As huge fans of the series, it’s a lovely moment for sci-fi fans. Like everyone else we’ve been rediscovering the amazing universe of Mass Effect through the release of the Legendary Edition. I still have chills every time I see this incredibly iconic ship warping in, and was delighted to see so many people have the same reaction.”

This crossover is a limited time event, though, so keep in mind that if you want to permanently add the Normandy to your fleet of frigates, you have until May 31 to do so. You can also check out a trailer below to check out how the ship looks in No Man’s Sky (it looks incredible).