A now removed trailer shows what looks to be some mecha action.

There’s a lot of interesting stories of a game’s release and further updates. One of those is No Man’s Sky, a game that launched to largely disappointing reception due to grand promises made by the developer that weren’t nearly what the final product ended up being. Since then, to their credit, Hello Games has really refined the game to be something closer to that original promise, even maybe beyond. And it seems it could be getting something very big soon.

A trailer popped up that presumably detailed an upcoming update for No Man’s Sky. The trailer featured what appeared to be pilotable “EXO” mech suits. Unfortunately, the trailer has since been taken down, but you can see a screen grab below via Twinifinite to get an idea of what we’re talking about.

No Man’s Sky is available now for PlayStation 4, Xbox One and PC. No word yet on when this mech-based update will come, but since the trailer is apparently locked and loaded, it shouldn’t be too far off. 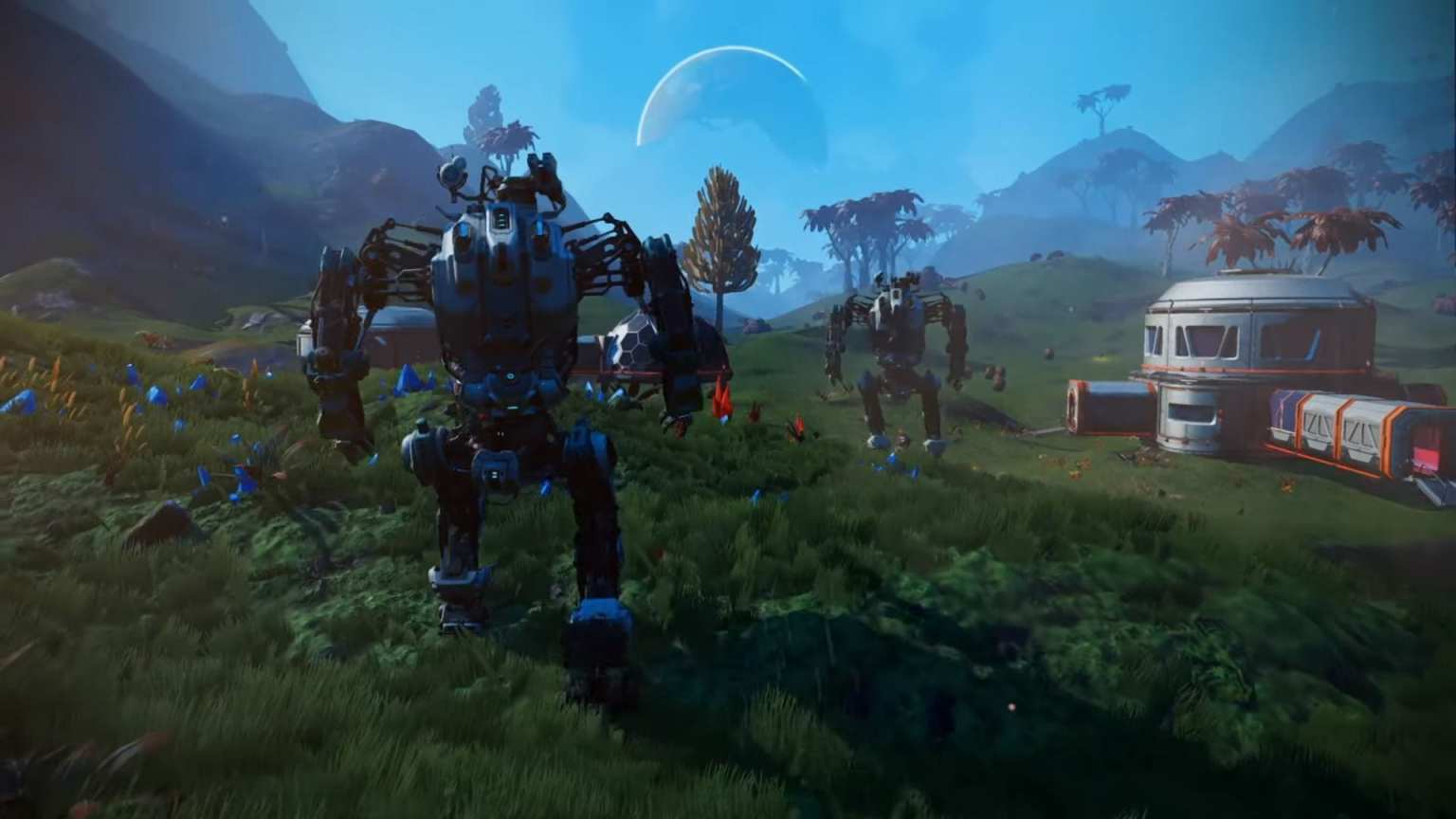