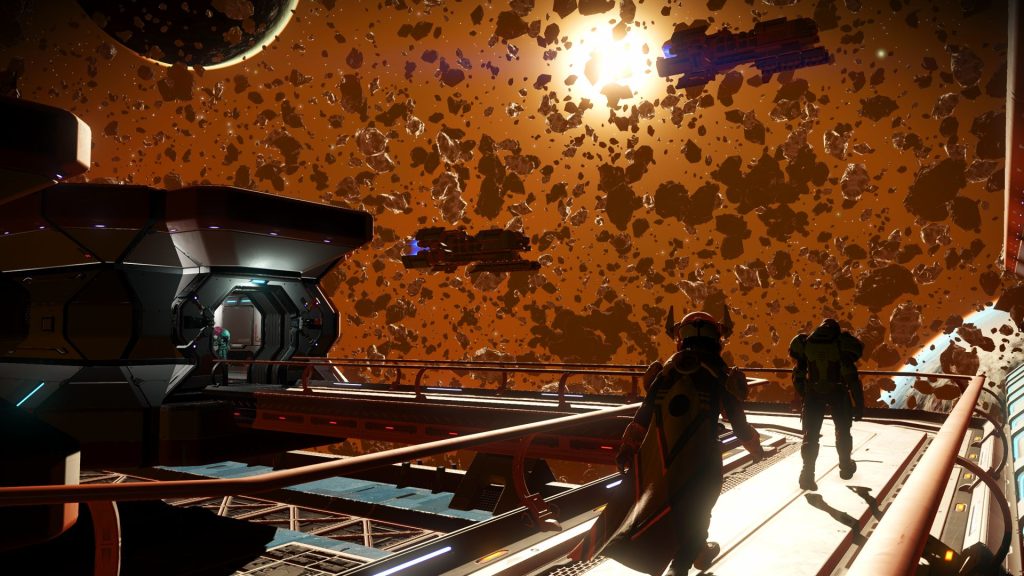 Endurance will be overhauling the freighters and fleets systems, originally added to No Man’s Sky in its Foundation update. Players will now be able to live and work in their ship alongside their own crew. Freighters will feature a new bridge, bringing a series of quality-of-life improvements, including instant access to warping and teleportation.

Players can now also build freighter bases on a massive scale, complete with specially-themed areas and new features for growing food and manufacturing. Players will also be able to scan and analyse planets from space.

Asteroids are also seeing some changes in Endurance, and will now be more varied, and appear in massive asteroid fields. Hello Games promises thousands of asteroids being visible on screen at the same time.

The game is also getting black holes in the style of the movie Interstellar, as well as nebulae, and space atmospherics to explore. Capping off the update is the new Polestar expedition, focusing on a capital ship voyage, along with new combat-focused Nexus missions.

Endurance will be coming to No Man’s Sky on all platforms.