Launching alongside the Nintendo Switch version, the update streamlines many tutorials, increases the level cap, and overhauls Survival. 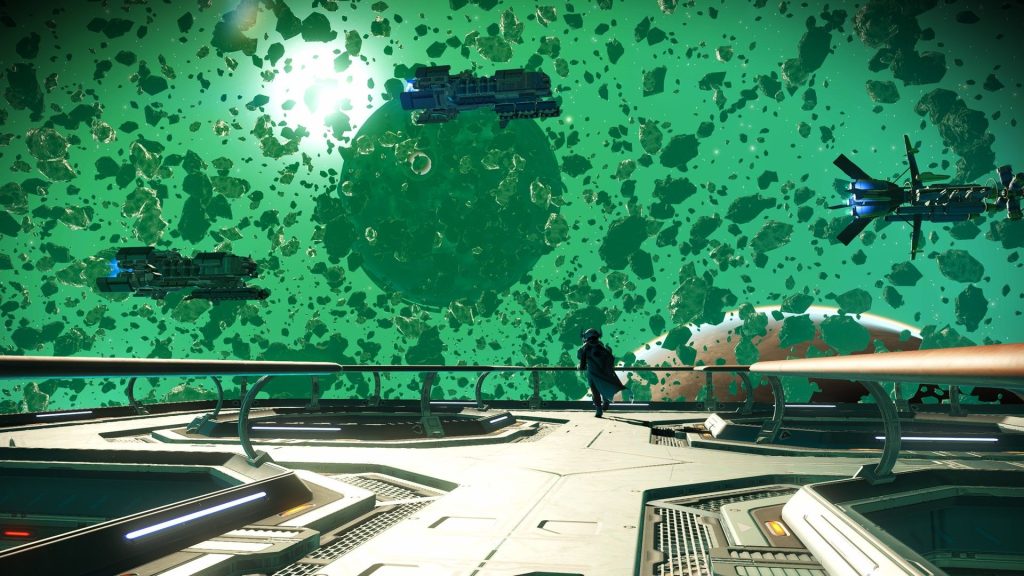 No Man’s Sky is finally landing on Nintendo Switch this week, and Hello Games has another major update coming up. However, update 4.0 won’t introduce a massive swathe of new content like Next or Beyond. Instead, it’s more revisiting “a bunch of things” that are “really impactful from the design perspective,” says Hello Games founder Sean Murray.

Speaking to Eurogamer, Murray said, “Normally when we bump the version numbers, we’ve added a new platform… 2.0 was Xbox, 3.0 was VR, 4.0 is Switch… and we take the time to sort of revisit the fundamentals of the game a little bit… It’s a moment where we can do that, where we feel we should because we’re going to have new players coming in, starting fresh.

“For me, this update is for if you’ve said, ‘Look, I played No Man’s Sky and I wanted to love it, but I bumped off it a bit because it was a bit grindy, [or] if you said ‘I want to come back, but it’s been ages and there have been so many updates and it feels overwhelming’… You’ve probably had this experience where you’ve come to a game where it’s been updated a tonne and… sometimes those [elements] don’t fit as cohesively as you’d like. We hear this sometimes, and I think it’s true… and so what we’ve done [in 4.0] is we’ve revisited a bunch of things that are impactful from the design perspective.”

As a result, update 4.0 will streamline many tutorials along with “when you unlock certain things, what’s available to you.” The level cap is also being “massively increased,” which means larger inventories and being able to level ships and weapons further than before.

There’s also a new game mode, the first since Creative and Survival were introduced in 2016. It’s called Relaxed Mode and playable with new and existing saves. It’s described as a “very fun version” of the game focused on exploration.

“When we [originally] launched, we made the game a little bit more difficult and more grindy, perhaps, because we didn’t have the breadth of content [we do now]. But now people come in and they want to see a mech, they want to see the story, they want to go to the Nexus and things like that, and so we wanted to find that right balance for new players.”

As a result, Relaxed Mode will see players spending less time on survival and grinding, and can thus “see the six years of content that’s there.” It’s ideal for new players but also a “common request from people who might have longer playthroughs, who might want just a game where they kick back.”

If that weren’t enough, update 4.0 also overhauls Survival Mode and Custom Games. The former is more challenging and unique, while the latter provides more options for players to customize a session. You can change the controls and difficulty to “how a lot of those sort of fundamentals work in terms of the pacing of the game… which opens up a whole bunch of different ways to play the game that wasn’t there before.”

No Man’s Sky launches on October 7th for Nintendo Switch, so look for update 4.0 to go live on the same day for Xbox One, Xbox Series X/S, PS4, PS5, and PC.