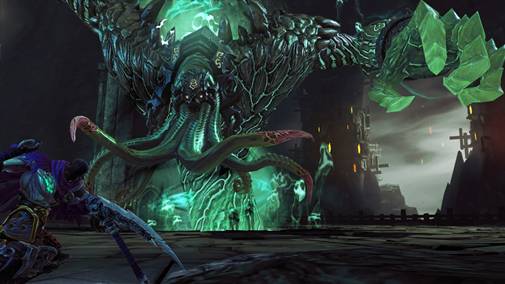 Nordic Games own the Darksiders IP and they have been asking for feedback as to how to go about the game, what to keep or remove, in their official forums. Crytek USA has been in talks with them over the game and those guys are comprised of Vigil developers so they know how to do justice to the game.

“We need to find the best creative team to look into a sequel. We will look into various options to make sequels. In the last 24 hours we have been approached by people who seem to know that product very well. However, if those discussions lead anywhere, I don’t know,” Nordic Games owner and CEO Lars Wingefors told Eurogamer.

“Without saying we have been in contact with Crytek USA, I’d love to do something with them if we can find the right set-up. If they can prove they can make a worthwhile sequel, why shouldn’t we talk?

“I have a great respect for those guys. They made very good games. But I’m sure they have a full agenda. Making games takes time. They are the best-suited people in the world to make a sequel, that I’m aware of. But if someone else has a better set-up, they should step forward.

“We take one day at a time. I’m sure we’ll get the chance to speak.”