Not A Hero Releasing on February 2nd for PS4, Vita Version Cancelled 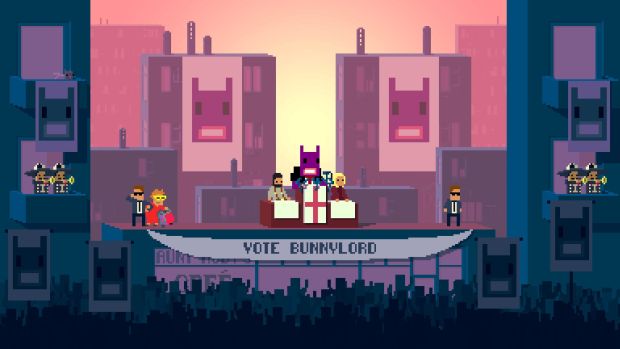 Roll7’s Not A Hero will be out on February 2nd for the PlayStation 4 via PSN but the developer also revealed that the PS Vita version for the same has been cancelled.

In a sarcastic announcement for the same, the developer said, “In the end, we tried simply copying the whole game onto a 3.5” floppy disk and jamming it into the back of the Vita, but this caused dangerous overheating and one of our test kits exploded, killing the entire Not a Hero Vita Programming team in a fully upsetting and totally avoidable fireball of nasty burning.

“Initially, we thought it was baddies what had done it, but it turned out to just be our team’s own fantastic ineptitude. It was at this juncture our lawyers advised us to abandon the port and come up with an elaborate excuse for its cancellation.”

Publisher Devolver Digital was more straightforward, stating that, “We love the PS Vita but there were technical hurdles that prevented the Not A Hero port.”

What are your thoughts on Not A Hero, which is already available for PC? Let us know in the comments.