Just don’t keep these laptops in your lap, they’d probably fry your legs- and other things. 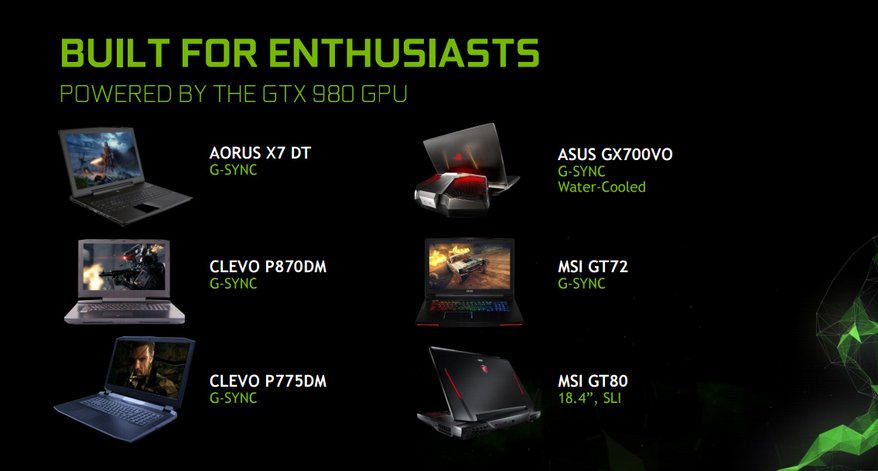 Looks like Nvidia is making it possible for even laptop owners to join in on the high end PC gaming party- PCGamer reports that, starting this October, the entire, full, uncompromised GTX 980 will be available in laptopswith all 2048 CUDA cores intact. And it’s going to be overclockable.

This will lead to a dramatic increase in yields and performance- the mobile version of the GTX 980 chip is supposed to deliver 70-80% of the full chip’s performance levels, but with this full chip now making its way into laptops, laptop users will have the benefit of the 980’s capacity to deliver 7 Gbps of memory bandwidth compared to the 980M’s 5 Gbps.And unlike the mobile 980s, which only had 3 phase PSUs, the new cards will be outfitted with 4-8 phase power supplies, which will vary by laptop. And don’t worry too much about cooling either, as apparently these new cards will have a custom-tuned fan curve.

There is, however, one catch- to access all of this extra power, you must have your laptop plugged into AC power. If it is running on battery, the card will power down to GTX 980M levels. It’s an inconvenience, but I imagine it is also an unavoidable inconvenience.

The six laptops that will be shipping with the full GTX 980 in October are: