In a speech to college graduate students, President Barack Obama has made clear his opinion on consoles and videogames. 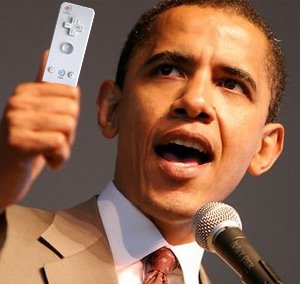 “With iPods and iPads; Xboxes and PlayStations — none of which I know how to work — information becomes a distraction, a diversion, a form of entertainment, rather than a tool of empowerment, rather than the means of emancipation,” Obama said.

Last year the President spoke out against video game, calling them a ‘health concern’. You can see just what GamingBolt thinks of that in our editorials.

Got an opinion? Voice it in the comments below.